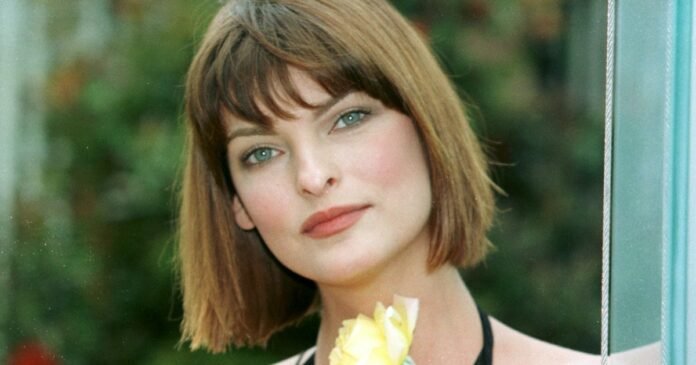 In the ’90s, a particularly stunning and accomplished group of elite supermodels dominated every magazine, TV spot, catwalk, and after-party. Consisting of industry heavyweights and household names like Naomi Campbell, Christy Turlington, and Cindy Crawford, most members of that so-called “dream team” have enjoyed long careers and lasting relevance to this day. But one of the most defining faces of the era says there’s a reason she’s not working like her peers — and it’s not her choice. In an Instagram post last week detailing her struggle, Linda Evangelista says a CoolSculpting procedure left her “permanently deformed.” The popular fat-freezing treatment, which is regularly performed at med spas and aesthetic centers, left the supermodel “brutally disfigured.” Evangelista says that while the FDA-approved treatment is supposed to target and eliminate lingering fat cells, these sessions, performed five years ago, allegedly had the opposite effect — leaving the legendary supermodel with a condition called paradoxical adipose hyperplasia, or PAH.

“[CoolSculpting] increased, not decreased, my fat cells and left me permanently deformed even after undergoing two painful, unsuccessful, corrective surgeries,” Evangelista shares in her statement, detailing a lawsuit against CoolSculpting parent company, ZELTIQ Aesthetics, for what her attorney describes in a follow-up post as failure to adequately disclose potential risks and side-effects to consumers. Evangelista says she developed one such serious side-effect, PAH, and calls it life-ruining. “PAH has not only destroyed my livelihood, it has sent me into a cycle of deep depression, profound sadness, and the lowest depths of self-loathing. In the process, I have become a recluse.” Indeed, Evangelista’s public appearances have been virtually nonexistent over the past several years — and any pictures she posts herself typically feature a face-obscuring scarf, hat, or filter.

Evangelista’s first post instantly caught fire, with fans, fellow celebrities, and commentators quick to weigh in on the situation and show their support for the 56-year-old model. Much of what made the allegation so troubling is just how common a procedure CoolSculpting is — some estimates claim more than 8 million treatments have been performed around the world, and past celebrity clientele reportedly includes Jennifer Aniston, Khloe Kardashian, and Mariah Carey.

“It’s an extremely oversold technology,” says Dr. Paul Jarrod Frank, celebrity cosmetic dermatologist and Chief Medical Officer at PFRANKMD. He says that while CoolSculpting is typically effective with a technique supported by science, some patients are much better candidates than others — and that’s where things can get complicated.

Frank says while he does keep a CoolSculpting machine in his office, he only likes to use it on relatively younger patients with good skin elasticity and the kind of localized, “squishy, pinchable fat” that responds best to the treatment. Freewheeling use of the treatment, he says, means he’s seen plenty of patients with previously failed CoolSculpting attempts. “In a best-case scenario, they had zero results, but more often than none, they have had several complications,” Frank explains. He says that while Evangelista’s purported condition, PAH, is rare, he does commonly see uneven fat removal and ridging. But it’s more than just a procedure gone awry — Frank says patients are often sold lofty promises and expectations by those without adequate medical expertise. “Unfortunately, this is a huge result from the med-spa culture — many people administering the treatments these days are estheticians who are not licensed medical professionals.”

It is true that CoolSculpting machines are far more likely to be found in a med spa — a hybrid facility for typical spa-like treatments like facials and massages combined with high-tech treatments and injectables like Botox and fillers. While med spas are operated under a supervising physician, the technicians actually administering the treatments are usually estheticians, who complete around 600 hours (that’s about six months) of training along with additional certifications for things like operating different machines. While estheticians are trusted and respected members of the beauty community, it’s important to know that they aren’t medical professionals — and when it comes to some potential side effects, many feel more comfortable undergoing more invasive or larger treatments at a medical doctor’s office.

As for Evangelista’s PAH, Frank says while the condition is rare, it’s also underreported. Doctors still aren’t sure what exactly causes it, but it’s thought to be the result of stimulatory stem cell activation, triggering fat cell multiplication. “It happens in the area where the applicator is placed and can sometimes appear outside the margins of where the applicator is placed, but it is generally localized in the treatment area,” Frank explains. He adds that it usually happens when a patient undergoes too many CoolSculpting treatments in a short period of time — and the fact that CoolSculpting is typically sold in bundled cycles can make this an easy trap to fall into.

Like most beauty procedures, fat-freezing is certainly not without risk, particularly if performed at a venue without proper medical supervision. However, if a doctor agrees that you’re a good candidate for it, the treatment can be both safe and effective — it’s just crucial that patients and administrators both understand the potential pros, cons, and serious side effects.

(Stay Up to Date)