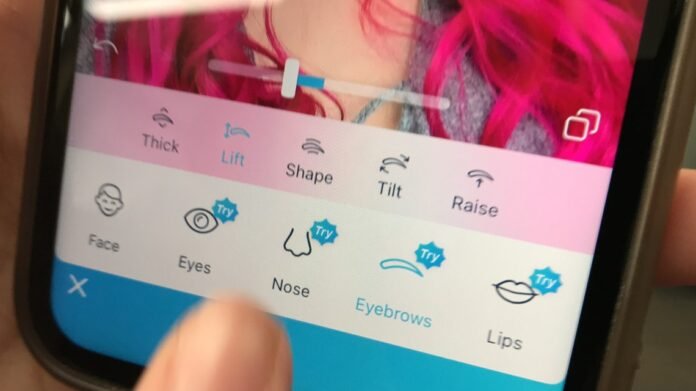 Snapchat came into our lives 10 years ago. Since then, an entire generation grew up in a world where filters and selfies ruled.

Snapchat came into our lives 10 years ago. Since then, an entire generation grew up in a world where filters and selfies ruled.

“It lightens your eyes, makes your lips bigger, makes your jaw like skinner, makes you tanner,” said Aidan Walters, who underwent surgery when he turned 18 years old.

He wanted to look a little more like his “filtered” self.

“I went and got like my lips filled, shots of Botox in my jaw,” he said, describing the surgical procedure. “So, I had a skinnier jawline. I got Botox on my eyebrows to make them raised more.”

Doctors at the Cosmetic and Plastic Surgery Center of Columbus say there’s nothing wrong with wanting a better version of yourself. But Dr. Robert Houser said he’s seeing a growing trend of patients coming in with surgical requests that go a little beyond the norm.

“Oftentimes, it was a significantly smaller nose or significantly larger eyes or a completely different jawline,” Dr. Houser explained. “You don’t really want a nose that’s that small you won’t be able to breathe. So unfortunately, it was a lot of things that were just unrealistic to be able to achieve for people.”

Dr. Houser said filters can lead to a distorted image of how a person wants to look. It’s a condition called Snapchat dysmorphia, an obsession with selfie filters that recently came to light as more people across the country sought out plastic surgery to look just like their filtered photos.

“Trying to change themselves into a whole different being, which is a much more radical form of body modification, than it is for your typical patients,” Dr. Houser explained. “It all seems very innocent right now, but unfortunately, I think down the road it can get more and more serious.”

“I feel like there’s a big pressure on women and men in society just to like, look a certain way on social media because social media really is a highlight reel,” said Bendt. “And I think that’s something that we need to get away from because it’s not real life.”

Dr. Houser is also sounding the alarm as kids younger and younger get their hands on apps filled with filters.

“So, you give your 5-year-old a fun little game that cut somebody’s nose off. Next thing you know, they’re 10 years old, they want a rhinoplasty,” he said.  “There are consequences to it.”

While Walters he doesn’t regret any of his surgical decisions, he wants young kids to know that filters are fine, so long as they’re meant for fun.

“Like your flaws because other people don’t notice them as much as you do,” he said.