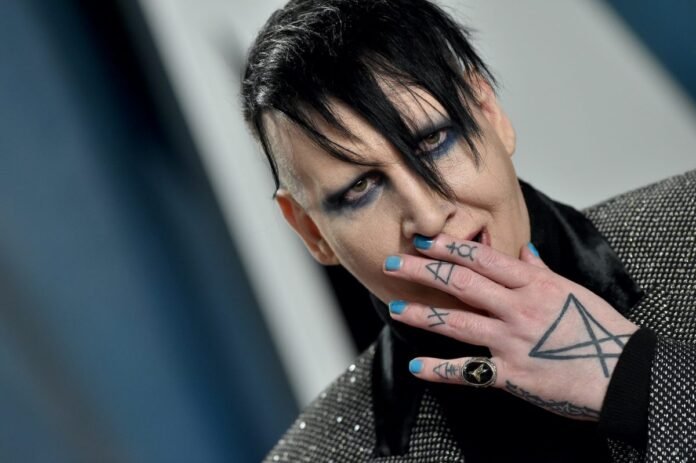 Because the celebrity keeps much of his personal life shrouded in mystery, some of the more controversial stories about the rock star have flourished in the public realm. Example controversies include stories that Manson bit off the head of a live chicken on stage, or that the reason he has different-colored eyes is because he lost an eye while doing drugs.

However, some of these may be more rock ‘n’ roll myth than history. Yet one story  — that Manson got plastic surgery in the past — continues to befuddle curious fans.

Manson’s rock career took off in the early 1990s

The band Marilyn Manson & the Spooky Kids, with Manson as its frontman, formed in the late 1980s. Their big break came when Nine Inch Nails’ Trent Reznor took on a production roll in their first major album, Portrait of an American Family.

Biography.com explains that the Reznor-produced record gave Manson “his first taste of commercial success,” and was quickly followed up by Manson’s 1995 EP Smells Like Children, which went platinum.

Manson released his latest album, We Are Chaos, in the fall of 2020. It was quickly met with critical acclaim. “Manson masterfully embraces his influences,” reported Consequence of Sound. “The musicianship and songwriting are among the best of Manson’s career.”

However, media coverage around the album quickly pivoted to less favorable coverage of Manson himself.  Biography.com notes that a few months after We Are Chaos came out, Mansons’ ex Evan Rachel Wood publicly stated that Manson had “horrifically abused” her for years, with multiple other women then coming forward with similar allegations.

RELATED: Is It True Marilyn Manson Lost an Eye?

Manson has often courted controversy and what some might deem offensive myths about himself, his lifestyle and his habits. “With the rise of Manson in the ’90s came a number of myths, mostly grounded in fear and dread over his influence,” explains the Houston Press.

One of the most prominent examples is the story that Manson had some of his ribs surgically removed. Manson’s goal, according to common lore, was to give himself the flexibility to perform an adult sexual act on himself. This is a myth, notes the Houston Press, which quotes Manson as saying, “Quite honestly, I would not want to [do that].”

The outlet notes other prominent myths about Manson that fans inaccurately believe to be true, including that he abused animals on stage at his concerns, or that he used to give drugs away at no cost at his shows. Some people even think that Manson is a secret sitcom TV actor. “[The myth is that as] a teen, Manson was either Kevin Owens from Mr. Belvedere or Paul from The Wonder Years,” explains the Houston Press. “Manson was never on any ’80s sitcoms.”

But one specific story about Manson may actually be true.

Fans wonder if Manson ever got plastic surgery

RELATED: What Is Marilyn Manson’s Net Worth and How Did He Become Famous?

Manson has always maintained a goth-inspired appearance. Much of it is due to cosmetics, like the very pale makeup that he uses to this day. Even his eye color isn’t natural: Those different-colored eyes are due to tinted contact lenses.

But fans have long wondered if the rock star has also turned to plastic surgery. And that’s one story that’s actually rooted in truth.

“Manson never got his ribs removed…though he did have plastic surgery,” reported The Fader. The site quotes Manson himself, who said the surgery was necessary to fix his “drooping earlobes.