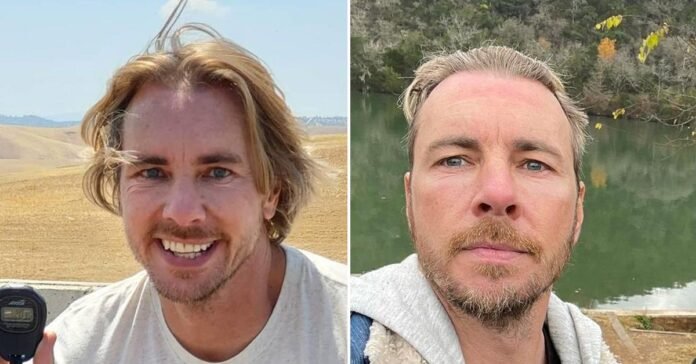 Actor Dax Shepard seems to be getting better with age! The 46-year-old chatted with Willie Geist, and the comedian looked a little bit different. So, has he gone under the knife?

“Dax Shepard is looking several years younger nowadays, he has probably had fat injections to the face and/or fillers to the under-eye area, which rejuvenates the face by replenishing volume loss experienced with natural aging,” Dr. Frank Agullo exclusively tells OK!. “He may have had an upper and lower blepharoplasty as well; his upper eyelids don’t look as droopy as usual.”

He continues, “I believe he has had a full face neurotoxic treatment in combination with skin resurfacing and radio frequency skin tightening, giving him an overall refreshed look. Proof that under experienced hands, plastic surgery can provide an overall improved version of oneself without looking overdone.”

Celebrity injector Heather Rohrer echoes similar sentiments. “Dax Shepard is sporting a healthy look after telling all about his relapse,” she says. “His face appears to look fuller, and his jawline is more defined with the help of fillers. His wrinkles around the eyes seem to be less apparent, possibly due to some Botox. Overall Dax’s skin seems to look more youthful, with the help of lasers such as Clear + Brilliant, which is popular among most Hollywood elite.”

Despite the bumps in the road, Pam Agullo, MD, exclusively tells OK! that his drug addiction has “taken a toll on his overall appearance and health.” Now, “his facial features look rejuvenated and he’s sporting an overall younger version of himself.”

She adds, “He seems to have gained some weight, which makes him look younger. He’s probably gotten some facial fillers under the eyes, which replenish the loss of volume he had previously shown. His skin looks smoother too, mainly in the cheekbone area, and he’s probably gotten some fillers and neurotoxic treatment for this. He may also have had some sort of skin tightening treatment or at least gotten on a very good skin care regimen.”

DAX SHEPARD ‘WASN’T CERTAIN’ ABOUT HIS RELATIONSHIP WITH KRISTEN BELL

Lastly, Dr. Ryan Neinstein, a plastic surgeon in New York City, praises Shepard’s “fresh” look. “Just like his passions for improv, cars and automobiles have intersected, it looks like Botox, fat grafting and skin care have also intersected, giving all 40-something dads something to aspire to.”