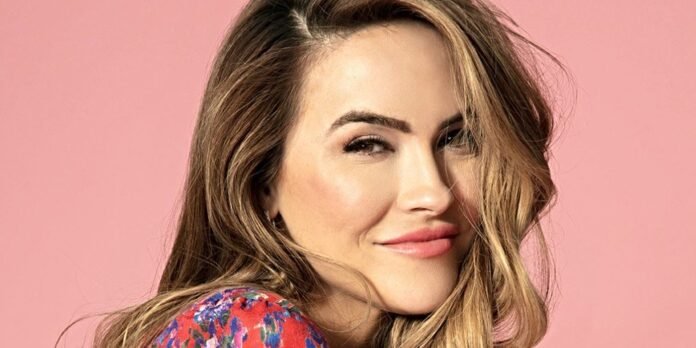 Many fans have noticed drastic changes in her appearance over time. However, Chrishell Stause from Selling Sunset has always looked great.

Chrishelle Stause from Selling Sunset has been in the entertainment industry for over a decade and her fandom has observed changes in her appearance over time. Although the actress is quite open about her breast implants, fans want to know if she has undergone any other cosmetic treatments.

The former Days Of Our Lives actress has been going through a really hard time lately. However, most Selling Sunset viewers agree that the way she carries herself in the last three episodes of season 3 is truly commendable. She is heartbroken, but still trying to understand another person’s perspective. However, her ex-husband is not fond of what she has said on the show. A source close to her ex, Justin Hartley, revealed that he is “irritated” with the way his former partner is making their personal matters public. Chrishell claims that Justin Hartley changed after receiving popularity from his show, This Is Us. Justin’s source denied these claims and stated, “Chrishell knows that’s not what happened, so for her to let people believe that is upsetting to him.” While many fans believe that she was blindsided, others think that there is always another side to a story. Apart from changes in her personal life, she has also had drastic changes in her physical appearance.

In the newest season, fans have noticed that she looks quite different from her The Young And The Restless days. For example, her lips look a little more voluminous. She is close to 40, but her skin is as youthful and bright as it can be. Mirror reports that apart from surgical breast enlargement, the reality star might have gotten treatments for her lips. After comparing the past images of Chrishell, the surgeon said, “I believe that Chrishell may have undergone the non-surgical treatment of fillers to her lips, as she appears to have fuller lips compared to previous images, especially when smiling. The provider has ensured Chrishell’s lips still appear natural and in proportion to her other facial features.” This procedure can price anything from $261 to $1,300 per treatment. However, the cost also depends on the provider, and the amount of filler one wants to get. Check out the picture she recently posted to her Chrishell Stause Instagram account:

The surgeon also suggests that Chrishell has gotten “anti-wrinkle injections, often referred to as Botox, to her forehead and around her eyes (crow’s feet). This non-surgical treatment will create a smooth forehead and limit any frown/expression lines.”

Other Selling Sunset stars have also been quite open about the breast enlargement surgeries they have gotten. Christine Quinn admitted that she had a breast augmentation! Although she has not said anything about her lips, many fans think she is getting lip fillers. Earlier, Heather Rae Young was also under fan scrutiny when she posted a picture that showed off her extra-pouty lips.

Next: Selling Sunset Season 3: Chrishell Wanted To Be A Mom, But Says Justin Hartley Wanted To Wait

Selling Sunset season 3 is available to watch on Netflix.