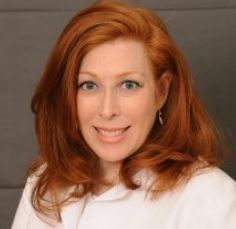 Patients with double or saggy chins now have multiple effective options that empower them to strengthen their jawline and regain their confidence.

A strong jawline can inspire confidence at any age, but double chins are a sad fact of aging and genetics for many. Fortunately, an expanding number of treatments can target this dreaded profile-buster, says Suzanne Friedler, MD, of Advanced Dermatology P.C.

Influenced by a variety of factors that also include weight, anatomy and even the position of your airway, double chins usually show up as excess fat in that area – a condition known medically as submental fullness. And it’s very common: 68% of adults have a double chin they’re unhappy about, according to the American Society for Dermatologic Surgery.

“Even if people aren’t overweight, they can still develop a double chin,” explains Dr. Friedler. “For many, it’s the first area of their body and face that shows deterioration, distorting their self-image. But a wide variety of treatments – both minimally invasive and surgical – can minimize these effects or completely eliminate double chins.”

The number of non-surgical treatments targeting double chins has rapidly grown in recent years, Dr. Friedler points out. These include:

How it works: A device that freezes fat cells, CoolSculpting Mini causes ice crystals to form that kill these cells, which are then broken down and reabsorbed into the body.

What to expect: The device is held under your chin by a strap for about 45 minutes, with some patients requiring more than one session for full results. The cold temperature may seem uncomfortable at first, but that feeling generally passes. Only fat cells are frozen and no other cells are harmed.

Results: Within 8 to 12 weeks after a treatment session, your body has broken down and reabsorbed excess chin fat, better defining your jawline.

How it works: Ultrasound waves administered with a hand-held device lift and tighten the skin under the chin and neck. The heat energy causes the skin to contract while also stimulating the growth of collagen. It’s an especially good option for those whose sagging skin – vs. accumulated fat – has led to a double chin, Dr. Friedler notes.

What to expect: Ultherapy takes about one hour and results are very long lasting. The new collagen and elastin that the procedure produces are yours to keep.

How it works: Pixelated beams of light are focused on the face, jawline and neck resulting in tightening, wrinkle reduction and improved skin texture. Skin appears renewed and the treatment stimulates jaw-firming collagen production.

What to expect: Less aggressive than traditional CO2 lasers, Pixel results in much less patient downtime, Dr. Friedler says. It also carries a lower risk of discoloring the skin or producing prolonged redness.

Results: One Pixel CO2 laser session can visibly improve the angle of the jaw, lessening jowls and double chins.

How it works: A chemical called deoxycholic acid, which the gallbladder uses to dissolve dietary fat, is injected into the skin beneath the chin, melting fat in the area that the body then reabsorbs.

What to expect: Between 2 and 6 treatments are needed over several weeks, depending on the amount of excess fat in the chin. The injections can be painful, and you may have a swollen neck for several days after each session.

Results: Many patients see about a 50% improvement in their double chin after 2 treatment sessions and 70% reduction in chin fat after 4 sessions. After 6 sessions, excess chin fat is eliminated, chiseling their jawline.

How it works: This laser-assisted liposuction procedure removes fat in the chin by breaking down fat cells. The destroyed fat cells turn into liquid, which is suctioned out.

What to expect: A tiny tube called a cannula will be inserted through a small incision in the chin after it’s been numbed with a local anesthetic. SmartLipo is less invasive than traditional liposuction, with a quicker recovery time.

Results: For those who don’t gain weight after the procedure, chin-chiseling results should be long-lasting after just one treatment, Dr. Friedler says.

In addition to less-invasive techniques, plastic surgeons can also utilize surgery to eliminate a double chin. According to Dr. Friedler, these procedures include:

Whether you choose minimally invasive or surgical treatment, Dr. Friedler says, the decision to tighten your jawline is firmly in your hands.

“Patients with double or saggy chins now have multiple effective options that empower them to strengthen their jawline and regain their confidence,” says Dr. Friedler.

Suzanne J. Friedler, M.D. F.A.A.D., is a board-certified fellow of the American Academy of Dermatology, with expertise in many areas of medical and cosmetic dermatology. She has been with Advanced Dermatology PC since 2002.

Advanced Dermatology P.C. and the Center for Laser and Cosmetic Surgery (New York & New Jersey) is one of the leading dermatology centers in the nation, offering highly experienced physicians in the fields of cosmetic and laser dermatology as well as plastic surgery and state-of-the-art medical technologies. http://www.advanceddermatologypc.com.