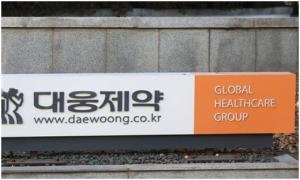 Daewoong Pharmaceutical announced on Feb. 16 that a U.S. court has allowed it to continue to sell its botulinum toxin (Botox) product Jeuveau (Nabota in Korea) in the United States.

Daewoong filed an application for an emergency motion to interim stay with the U.S. Court of Appeals for the Federal Circuit on Feb. 12 in order to suspend the execution of the ITC’s import ban order.

“We welcome the court’s decision as Evolus, out U.S. partner, will be able to continue its business even during the appeal period,” a Daewoong Pharmaceutical official said. “We will definitely win the appeal trial by correcting all legal and factual errors contained in the ITC decision.”

Medytox earlier filed a complaint with the U.S. ITC to ban sales of Daewoong’s botulinum toxin in the United States, claiming that Daewoong stole its technology. In December 2020, the ITC ruled in favor of Medytox and banned Daewoong from exporting its product to the United States for 21 months.