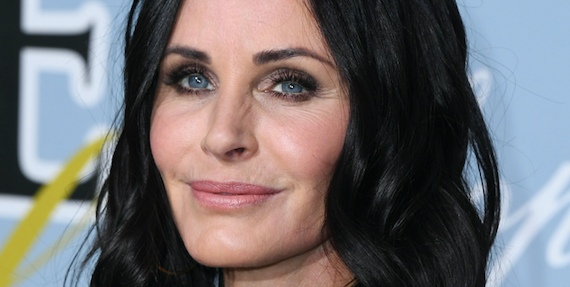 Courteney Cox has opened up about her body confidence journey, admitting that she tried to “chase” youthfulness in the past – something which she faced widespread criticism for on social media.

“There was a time when you go, ‘Oh, I’m changing. I’m looking older.’ And I tried to chase that [youthfulness] for years,” she told the Sunday Times this week. “And I didn’t realise that, oh sh*t, I’m actually looking really strange with injections and doing stuff to my face that I would never do now.”

The Friends star added that “people would talk about me,” eventually leading her to realise: “I’ve got to stop. That’s just crazy.”

But, this isn’t the first time the actor has spoken about her experience with facial fillers. Back in 2017, she spoke candidly about how easy it is for the changes to your own face to go unnoticed. “The next thing you know, you’re layered and layered and layered,” she told New Beauty.

“You have no idea because it’s gradual until you go, ‘Oh sh*t, this doesn’t look right.’ And it’s worse in pictures than in real life,” she recalled. “I have one friend who was like, ‘Whoa, no more!’, I thought, I haven’t done anything in six months. I didn’t realise.”

Ultimately, Courteney decided to have all of her fillers dissolved, embracing what she has described as a ‘more natural’ look. “I’ve had all my fillers dissolved. I’m as natural as I can be,” she said. “I feel better because I look like myself. I think that I now look more like the person that I was. I hope I do.”

And, she’s not the only celebrity who’s revealed they’ve opted to have their fillers dissolved, with the likes of Love Island alum Molly-Mae Hague opening up to her followers about why she’s parted ways with injectables. “People used to say [I looked like] Quagmire [from the cartoon Family Guy], or I looked like an Xbox controller,” Molly-Mae confessed last year. “My face was that warped.”

The former reality TV star added that getting her filler dissolved was the “best decision” she ever made, recalling how she realised she went “overboard” with filler.

“I feel like I’m still definitely going through the process of trying to make everything as natural as I possibly can, because I made that many mistakes when I was younger… I’m still genuinely trying to correct them now.”