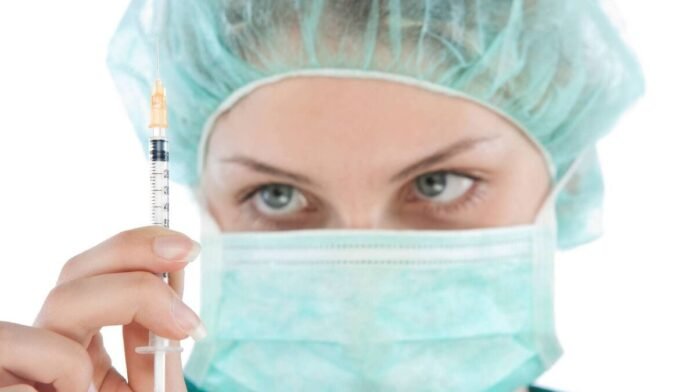 Cosmetic clinics are continuing to offer Botox treatments throughout level 5 lockdown despite people being told to stay at home unless for “absolutely essential reasons”.

Health Minister Stephen Donnelly has said that while he understands Botox is used to treat a number of medical conditions,  consultations for its use as a cosmetic treatment “are not in any way appropriate” at this time.

Cosmetic clinic chains say they are continuing to offer a number of “aesthetic treatments”.

Thérapie Clinic, which has 19 clinics in the Republic, is offering anti-wrinkle injections but has ceased offering lip fillers.

A receptionist at one of its Limerick clinics told the Irish Examiner that while they could offer lip fillers under current guidelines, the injectors weren’t comfortable offering the treatment at present as clients would have to remove their mask.

“They review it each couple of weeks. I think the injectors are waiting until the cases get a bit lower,” she said.

A receptionist at another clinic confirmed that customers for anti-wrinkle injections could be issued with a letter to present at Garda checkpoints to ease any concerns about travelling beyond the 5km limit.

The receptionist said she wasn’t aware of clients to date experiencing issues with gardaí travelling beyond the 5km limit.

A spokesperson for Thérapie Clinic said the clinic continued to offer such services “in accordance with official level 5 Government guidelines”.

The clinic confirmed that “all Botox and Thérapie smile treatments administered by Thérapie Clinic are carried out by medical practitioners (doctors and dentists) in a safe and controlled medical environment” and adhering with Government guidelines.

Other treatments, including laser hair removal, skin treatments and consultations, are not being offered and “will remain closed until after level 5 has been lifted or we are provided with an updated list of guidelines”.

SISU Aesthetic Clinic, described as “a doctor-led clinic focused only on aesthetics” states on its website it is closed for “all beauty and teeth whitening treatments” until March 5, but open for “medical/aesthetic treatments by our medical doctors”.

The Irish chain, founded by Cork businessman Pat Phelan and doctors Brian and James Cotter, has six outlets in the Republic including two in Cork and one in Limerick.

However, a receptionist for the clinic confirmed appointments were available, including lip fillers and anti-wrinkle treatments.

Mr Donnelly said: “I understand that the administration of essential medical treatments is allowed for under level 5 and that the Botox is used as a treatment in a number of medical conditions.”

But he said its use as a cosmetic treatment is not  “in any way appropriate” at this time.

“We’re asking people to stay at home unless for absolutely essential reasons.”

He said he would liaise with the Department of the Taoiseach on the definition of essential services but in the meantime said “those engaging in practices that do not reflect the spirit of staying at home except for essential reasons, should stop”.