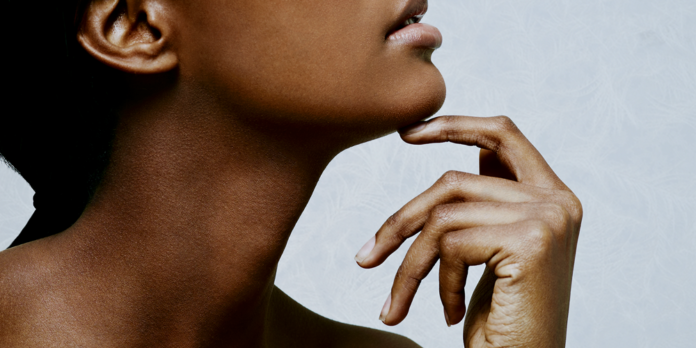 Ahem, an important PSA for you: There’s absolutely nothing wrong with having excess fat on your body, and whether you chose to embrace it or change it is completely up to you. Personally, I’ve never been a fan of the little bit of softness that camps out under my chin. It lingers even at my healthiest, and it makes me feel a tad insecure when I catch my side profile in photos or on Zoom meetings. So when I learned that CoolSculpting was non-invasive, pretty low-risk option for shedding excess fat, even under your chin, I was all ears.

For those of you who aren’t familiar, CoolSculpting works by legit freezing your fat, which, at the very least, felt like a cool enough technology for me to book an appointment with David Rapaport, MD, a plastic surgeon in NYC. After meeting with Dr. Rapaport and determining I was a good candidate, I went through with the treatment. And now that I’m a couple months past my last appointment, I’m ready to share everything you’ve ever wanted to know about CoolSculpting your chin, including the price, the downtime, and yep, the pain.

CoolSculpting—aka cryolipolysis—is an FDA-approved technology that freezes and kills your fat cells. It’s approved for use on nine areas, including submental (aka under the chin), submandibular (under the jawline), the thighs, abdomen, and flanks. “It’s crucial to understand that you don’t do CoolSculpting to lose weight,” says Dr. Rapaport. Instead, CoolSculpting is used to treat “stubborn” pockets of excess fat that are typically predetermined by your genetics (i.e., those areas that don’t budge regardless of how healthy or active you are). And since CoolSculpting is totally non-invasive—no knives or blood or gore—it’s become a popular treatment for folks who want fat reduction without any anesthesia, scars, or downtime.

Here’s the thing, though: One of the downsides of choosing a non-invasive treatment like CoolSculpting is that your results aren’t exactly guaranteed. Dr. Rapaport says CoolSculpting reduces an average of 20-25 percent of fat in the single spot that’s being treated (meaning if you have a larger area of fat, like your stomach, you’re only going to see a reduction in the exact spot that was treated—not all around your stomach).

Not only that, but everyone has a different biological response to the CoolSculpting technology, meaning your fat cells might be more responsive to freezing than mine are, so you’d get better results than I would. “Some people are going to respond more, some people are going to respond less,” says Dr. Rapaport. The easiest way to know if you’re a good candidate for CoolSculpting is to book a consultation with a licensed provider—they’ll be able to give you an idea of what you can expect.

Does CoolSculpting work on the chin?

Yup, CoolSculpting is effective and safe for treating fat underneath your chin, but it’s important to note that you’ll need the right amount of fat to see optimal results (too little, and the applicators won’t have anything to grab onto; too much, and you won’t see a visible reduction). Which, again, is where a consultation comes in handy. Even though Dr. Rapaport says CoolSculpting isn’t his first choice for treating chins—he prefers liposuction for that—he says it’s definitely an option for patients who don’t want to try anything remotely invasive.

Depending on the amount of fat you’re working with, your treatment plan will consist of one or two sessions, each lasting between 35-60 minutes. Most people start to see their initial results after two to three weeks, though you shouldn’t expect anything significant until three-ish months after your last treatment. Translation: You need to be patient when it comes to your potential results.

Curious about what goes down at your appointment? Here’s what you can expect:

Step 1: The applicator is placed

You need to sit super upright when it comes to treating your chin (unlike treating your thighs or arms, during which you can lie down and relax). Your technician first applies a gel pad to the treatment area, which keeps your skin safe and buffered throughout the session, then places one or two applicators under your chin that tightly suction to your skin, almost like a vacuum.

As soon as the CoolSculpting machine is turned on, you’ll feel an intense cooling sensation. Between the suctioning and the cooling, the first few minutes of your treatment will feel pretty uncomfortable (you’ll want to avoid talking or moving your neck), but you’ll start to go numb after five minutes. Like, so numb that you kinda forget what’s happening to your body. You’ll hang out like this for the rest of your session, so it’s smart to cue up some Netflix or have your phone nearby for a little scrolling.

Step 3: The area is massaged

K, now comes the worst part IMO. After the timer goes off and your applicators are removed, your technician deeply massages the treatment site. It’s only two minutes, but heads up that it’s a very odd and (for some people, like me!) painful sensation that’s best described as “thawing” your skin. You also might feel a little burning and stinging following the massage (I 100 percent did), which can last anywhere from a few seconds to 10 minutes. Expect a tiny bit of bruising, swelling, and numbness for a few days after your session.

How long does CoolSculpting last?

This is where things get a little tricky. Technically, CoolSculpting results can last indefinitely, but only if you remain healthy and active. Once your fat cells are killed, they can’t/won’t grow back. That doesn’t mean your body won’t gain weight, though, even in the areas you had treated with CoolSculpting. That’s why it’s important to make sure you’re maintaining a balanced diet and active lifestyle if you’re trying to make your results last as long as possible, since it’s not a preventative treatment.

How much does CoolSculpting on the chin cost?

One of the downsides of CoolSculpting? It’s not cheap. That said, your bill typically depends on the number of applicators used, which is great news for smaller areas like the chin that only require one or two. The exact price will vary depending on where you live and the doctor you see, but CoolSculpting your chin can cost up to $1,000 for a full treatment plan (and, nope, it’s not covered by insurance). All the more reason to get a consultation and think it over before you book your session, right?

One of the most important things to keep in mind when deciding to get CoolSculpting is knowing that everyone’s going to have a different result. I’ve still got a few weeks left until my final results kick in, but so far, I haven’t seen major changes in my under-chin fat (fingers crossed they’ll kick in soon). Personally, the fact that the entire process was non-invasive, relatively pain-free, and had zero downtime is enough that I’d consider trying CoolSculpting on other parts of my body too—if, you know, I can afford it. At the end of the day though, only you know what’s best for your body and budget.

Ruby Buddemeyer
Beauty Editor
Ruby is the beauty editor at Cosmopolitan, where she covers beauty across print and digital.