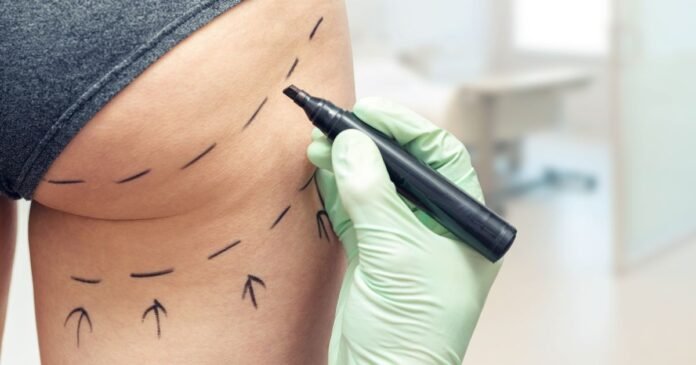 The number of cosmetic surgery tourists admitted to hospital here due to botched ops abroad rose sharply during the pandemic.

One Dublin hospital logged a significant rise in admissions as a result of complications from procedures – half of them involving buttock implants.

Endless Zoom meetings are said to have fuelled the demand for plastic surgery during lockdown.

The coronavirus outbreak also meant people could hide the traces of surgery behind masks and recover while working from home.

But it also meant patients who had complications arising from their nips and tucks were seeking medical help back in Ireland.

A new study revealed eight young women were admitted to the Department of Plastic and Reconstructive Surgery in St James’s Hospital in the space of four months.

Half of the eight patients flew out of the country to have surgery on their buttocks – a trend driven by the popularity of reality superstars including Kim Kardashian.

The patients experienced infection, wound splitting, implant extrusion and the build-up of fluid under the skin following elective surgery in various European countries.

All surgery was performed within Europe with 75% of cases in Lithuania or Turkey while one patient flew to Romania and another to Belgium for procedures.

The researchers found Google search topics for procedures including the terms “Turkey” and “Lithuania” shot up in popularity by more than 5,000% from 2019 to 2021.

The authors warned: “The public need to be informed of the potentially negative consequences of cosmetic tourism and be discouraged from undertaking surgery overseas during the current crisis.”

Buttock implants have soared in popularity as some celebrities normalise cosmetic surgery and feature them on their reality shows.

The demand for a more rounded physique is on the rise thanks to superstars like Beyonce and JLo.

The study, published in the Journal of Plastic, Reconstructive and Aesthetic Surgery, reveals all patients were female ranging in age from 18 to 48 years.

Other complications were implant infection in a third of cases and seroma, which is fluid build-up.

The study at St James’s revealed the estimated total financial burden for treating the eight patients was €30,558, or an average of €3,819.75.

Its authors added: “Potential problems will continue unless standards are put in place for regulation of this industry, as well as more education on the potential risks for patients considering undergoing cosmetic tourism in the future.”