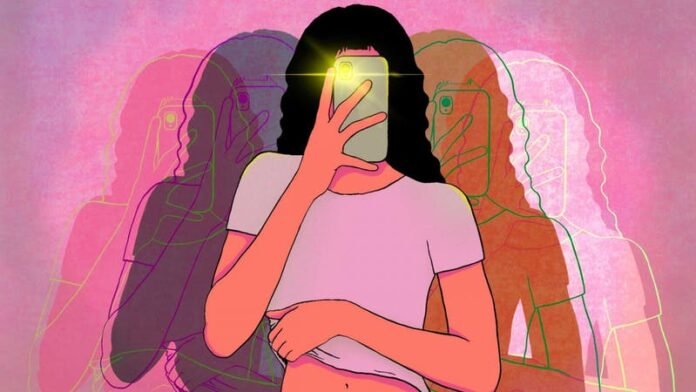 Whenever someone says they want a nose job or some type of plastic surgery, they are often met with responses of encouragement. “Go for it! It’s your body!”

While people are their own autonomous human beings, social media is heavily responsible for young people wanting plastic surgery. Platforms that boost people of a certain body type prey on the already fragile self-esteem a lot of people have, which leads to more money for plastic surgeons and influencers who promote cosmetic surgeries.

There should be some form of regulation on what kind of content can be promoted to certain audiences. Some YouTubers such as Sunny Dahye recommend plastic surgeons to their young, impressionable followers with alluring discounts in their description boxes.

“Current Psychology” says that because of social media posts that perpetuate unrealistic beauty standards, there has been an increase in requests to get surgery. This is exactly why there should be regulations on this type of content — teenage girls should not have posts about “perfect bodies” pushed onto their feed.

While social media is a great platform for body positive influencers, it can also create situations where young audiences think there is something about them they need to fix because they are constantly seeing celebrities and influencers who all look a certain way.

According to Insider Health, more time spent on social media leads to worse outlooks on the self and the body. Even though people can limit their screen time, according to Cleveland Clinic, taking breaks from social media is even more effective in increasing mental health and well-being.

Some argue it is the responsibility of social media consumers to do their due diligence and moderate what they watch and see, but there are certain things that just can’t be monitored fully. For example, how is a person to know when unfavorable content is about to show up? For me, the explore page on Instagram shows me some content that makes me feel like I’m not up to society’s standards.

With social media apps and algorithms, even liking just one post of a certain category can make an app’s system think you want more of that same content. This means there’s little escape from unwanted content unless you completely remove yourself from social media platforms. As easy as it may sound, in a world that runs on technology, it is fairly difficult to be completely logged off while staying updated on current events.

According to Forbes, 55% of U.S. adults get their news from social media “often” or “sometimes.”

The mere exposure effect says the more people see or hear something, the more they are inclined to prefer or like that thing. When people become familiar with seeing so-called perfect bodies on social media, many of which are photoshopped or surgically altered, they’ll likely develop unrealistic expectations of themselves and of other people.

It is not plastic surgery in itself that is bad, rather it is the promotion of it or the normalization of how easily someone who may have self esteem issues can go to it as their first option. This teaches people to “fix” themselves externally without seeking other help before resorting to permanently altering solutions.

I am a hypocrite, of course. I would be lying if I said I hadn’t considered doing jaw surgery, one of the most dangerous plastic surgeries, a few times in my life as well. If I hadn’t resisted social media preying on my insecurity at the time, I might have made life-altering decisions I could’ve regretted in the future.

It is good to acknowledge that social media can be good and bad and to try to use it in the most positive way possible — while also knowing how to navigate it in a way that won’t eat at your self esteem. People cannot be blamed for the way the world affects them. Everyone is different and we can only take away lessons from things that don’t serve us.