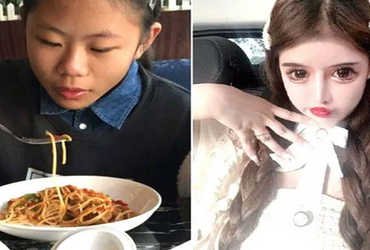 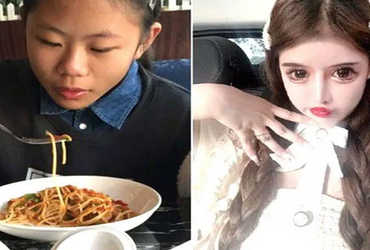 Who doesn’t like to look beautiful and women and girls are very aware of it, and they also spend a fortune on it, such as a 16-year-old girl from China who has undergone plastic surgery more than 100 times to look beautiful , And lakhs of rupees have been spent on it.

A young woman named Zhou Chun is not satisfied even after 100 surgeries, and now she is asking for another plastic surgery, as she is not satisfied with her current look, even after her rich parents gave her daughter Has spent millions to fulfill this wish. .

Zhou gave this information by writing a post on social media after undergoing 100 surgeries, she wrote that before the surgery she was ugly, her eyes were too small, which made fun of her and this was the thing that made her nervous, Who was attracted to her plastic surgery.

Zhou has undergone plastic surgery of various facial organs such as face, nose and lips in the last three years. At just 13 years old, she insisted on having double eye lid surgery in front of her parents, now she wants to look like a Barbie girl, and for this she has decided to undergo another plastic surgery.