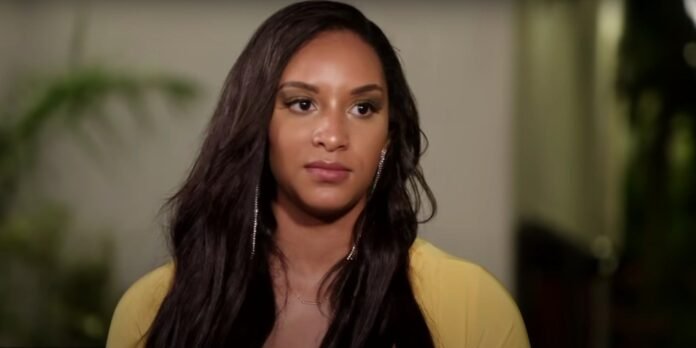 The Family Chantel’s Chantel Jimeno has got fans interested in her swimsuit pictures on Instagram. Find out which of her pics have the most likes.

On The Family Chantel, Chantel Jimeno née Everett is known for her beauty, and her Instagram swimsuit photos are getting a lot of attention amid her divorce from her husband, Pedro Jimeno. The latest season of the 90 Day Fiancé spin-off has been leading up to the news of Chantel and Pedro’s messy separation, which fans first heard about in July. Allegations of domestic violence, cheating, and restraining orders abound, and Chantel and Pedro’s relationship doesn’t appear to be destined for a reconciliation. Fans may have had faith in the love story that blossomed on 90DF season 4, but now, they keep scrolling through Chantel’s IG, so they can offer support to the reality star.

So far, Chantel and Pedro are the only 90 Day Fiancé couple in all of the series’ 9 seasons (and numerous spin-offs) who got their own show, based on their relationship and family drama. The credit goes to the never-ending feud between the Everett-Jimeno clans, and to Chantel and Pedro’s formerly impressive chemistry. However, Chantel’s popularity in the 90 Day Fiancé fanbase is also a reason. The professional nurse Chantel is considered to be one of the best-looking cast members in the franchise. Fans admire Chantel’s face, body and style, and she’s gotten more glamorous over the last four The Family Chantel seasons.

Related: The Family Chantel: Why Chantel Will Thrive Post-Divorce From Pedro

Atlanta woman Chantel has maintained that she never went under the knife, although she has had Botox injections in her face. The nose job and breast enhancement rumors have also been slammed by Chantel. Lately, Chantel has been spending a lot of time showing her workout routines on Instagram. Sometimes, she even keeps her sister Winter Everett company during her weight loss journey. While Chantel started her own transformation when she joined the gym with Pedro, she’s now been showing off her results without him. Chantel’s beach body photos on IG are particularly popular, and here are some with the most “double taps.”

In June 2021, Chantel posted a bikini photo, while revealing that Peloton workouts are the secret behind her admirable fitness transformation. Reality TV regular Chantel wore an H & M swimsuit with a tropical print, and her hair was tied back in a sleek and long ponytail. “I been in the gym just working on my fitness he’s my witness,” Chantel added in her caption, along with a laughing emoji. Fresh comments on Chantel’s swimsuit photo, such as, “if Pedro doesn’t want this ! I WANT,” prove how popular she is among TLC viewers (as if her getting over 27,555 likes on the picture wasn’t enough).

“Easily the sexiest on 90 day ever” and “you can easily earn very well if ever decide to become a bikini model,” are just some of the thirsty messages Chantel has received from fans on this September 2020 post. Chantel called herself a “natural beauty” in the caption, while including hashtags such as, “#allnatural” and “#loveyourself.” 90 Day Fiancé star Chantel wore a bright blue swimsuit this time around, while lounging in a gazebo. However, while there were admirers, Chantel also got comments from people who accused her of lying about not getting plastic surgery. “Those breast have had work. Good try” wrote one fan. “No, it’s not natural beauty. With your fake boobs, you can’t have natural beauty,” alleged another.

Chantel has often been called out for her frequent tropical trips. Some have even doubted if Chantel works as a nurse because she’s almost always out of the country on a holiday. However, that hasn’t stopped Chantel from documenting her vacations online, or neutralized the plastic surgery rumors. While fans continue to wonder if Chantel got a breast augmentation, a nose job, and Botox injections, she posted another photo in a swimsuit, which was liked by 28,967 people. Chantel’s loyal The Family Chantel followers asked the trolls to “back off,” and asked them to do their “homework.”

Next: Why The Family Chantel Fans Blame Pedro For His Divorce From Chantel

Saylee Padwal is a Features and News Writer for Screen Rant where she covers Reality TV since 2020. In her free time, she can be found endlessly scrolling through Instagram or flipping through the pages of a crime thriller. Saylee’s love for telling stories is inspired by her love for anything related to pop culture, and her obsession with superheroes, wizards, vampires, princesses, and sidekicks.