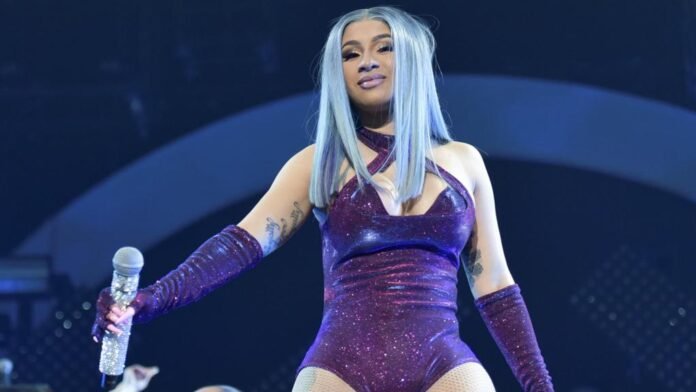 Rap star Cardi B says having plastic surgery helped her to regain her confidence after feeling “ugly” as a teenager.

The 28-year-old singer, famous for her controversial ‘WAP’ song with Megan Thee Stallion, made the admission in an interview with Mariah Carey for Interview magazine.

Cardi said she had been bullied as a teenager for being skinny and flat-chested and was made to feel “ugly and underdeveloped.”

“You ain’t got no titties.”

She said when she turned 18 and became a dancer, she earned enough money for breast implants.

“Every insecurity that I felt about my breasts was gone,” she said.

But she was still self-conscious about not having a “big butt”, so two years later, she had surgery to alter that, too.

“And then I felt super confident,” she said.

Cardi B is open about the fact that she worked as a stripper before becoming famous as a rapper.

She told Carey she was “really shy” when she began working at strip clubs and felt “really uncomfortable.”

“I felt very ashamed,” she said.

“There were times when I was crying, like, ‘Oh my gosh, if my mom or dad found out, they’d be so humiliated.”

But she added that strip work actually ended up improving her confidence – and helped keep her head above water financially.

“I was living with my boyfriend at the time, but he wasn’t doing s***.

“I just wanted enough money to rent a room.

“That’s how desperate I was to get the f*** out of the situation I was in.”

Cardi hasn’t shied away from admitting to her many cosmetic procedures.

Apart from the abovementioned surgeries, she’s had teeth veneers and liposuction after the birth of her daughter, Kulture, in 2019.

The rapper married Offset in 2017 but the couple is in the midst of a divorce.