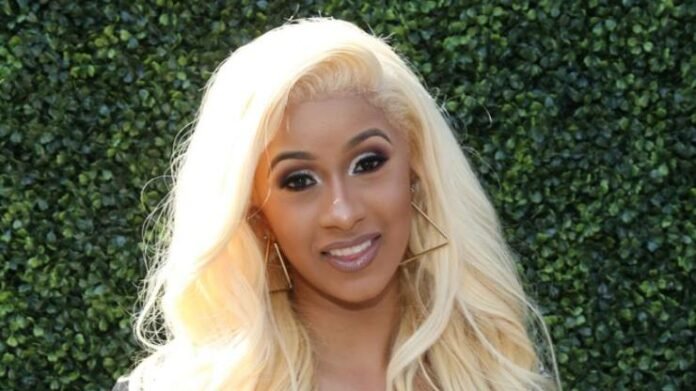 The rapper says that while growing up in the Bronx, she was made to feel insecure about her “nappy” hair and skinny frame.

She’s not shy about, well, anything, and now Cardi B is detailing the insecurities she felt during her adolescence and young adulthood. The New York-born-and-bred rapper isn’t like other celebrities who brush off questions or accusations of plastic surgery. Cardi B has let it be known that she’s gone under the knife, repeatedly, and during her recent chat with Mariah Carey for Interview, the Invasion of Privacy rapper discussed being teased about her looks when she was younger and developing more confidence once she underwent cosmetic surgery.

“New York is a melting pot, especially where I grew up in the Bronx. I’m Trini and I’m Dominican, and there’s a lot of Dominicans that look a certain type of way,” the rapper explained to the singer. “They have soft, pretty, curly hair. Growing up, guys would ask me weird questions like, ‘If you’re Dominican, why is your hair so nappy?’ I used to dye my hair,  and people used to be like, ‘Oh, your hair’s so crunchy.’ And it would make me feel so weird.”

Cardi also shared that in her neighborhood, thick women with a curvy shape were praised but because she was “also really skinny,” she found herself on the receiving end of taunts. “Young boys would be like, ‘Look at your flat ass. You ain’t got no titties.’ And it would make me feel so ugly and undeveloped.” At 18, the rapper said she began dancing and earned enough money to change what she wasn’t happy with about her body.

“I had enough money to afford to buy boobs, so every insecurity that I felt about my breasts was gone. When I was 20, I went to the urban strip club, and in the urban strip clubs, you had to have a big butt,” she revealed. “So, I felt insecure about that. It took me back to high school. So I got my ass done. And then I felt super confident.” Check out a few more snaps from her Interview cover shoot below.