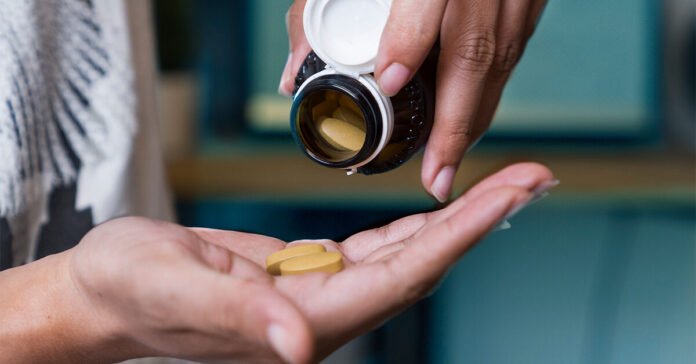 Antibiotics are commonly used to treat urinary tract infections (UTIs), and they can be very effective. But sometimes, these antibiotics fail — and there are several reasons why it might be happening.

You may notice that your UTI‘s symptoms aren’t going away after antibiotic treatment. In some cases, they might be getting worse.

This article explores what might cause antibiotics to fail, and when to ask your doctor for additional testing for persistent UTI symptoms.

According to a , UTIs are one of the most common types of outpatient infection in the United States. Antibiotics are the first line of treatment for most UTIs.

Doctors usually prescribe an antibiotic without performing a urine culture first. This is because almost 90 percent of UTIs are caused by E. coli, and a urine culture is likely to show that it’s the culprit.

Unfortunately, UTI treatment don’t always respond the way they’re expected to. There are three primary reasons that this may happen:

When you have an antibiotic-resistant UTI, it means that the bacteria causing your infection isn’t responsive to antibiotic treatment. This happens when bacteria evolve in response to frequent or constant antibiotic use.

People with underlying medical conditions or chronic UTIs are at the most risk for antibiotic resistance.

When a urinalysis is performed without an additional urine culture, there’s a risk that the antibiotic prescribed for your infection may not be the right one.

This can happen when your UTI is caused by a less common bacteria strain, or even a fungi or virus.

suggests that this practice can also potentially be another cause of antibiotic resistance.

In some cases, UTIs don’t respond to antibiotics because they’re not a UTI at all. Instead, another underlying condition might be causing UTI-like symptoms.

Some of the conditions that cause symptoms that mimic a UTI include:

Both cystitis and kidney infection can be caused by bacteria from a UTI that has spread to the bladder or kidneys.

Like UTIs, these types of infections are often treated with a course of antibiotics. However, some of the potential causes of antibiotic failure for UTIs also apply to these infections, as well.

In addition, common STIs, such as chlamydia and gonorrhea, also mimic some of the symptoms associated with UTIs.

In the case of an STI infection, antibiotics prescribed for a UTI aren’t likely to be the appropriate treatment for the infection.

If you’ve been experiencing UTI-like symptoms that haven’t responded to antibiotic treatment, your doctor should perform additional testing.

If you have a UTI that isn’t responding to antibiotic treatment, further testing will likely begin with a urine culture to analyze the bacteria causing the infection.

If another type of bacteria, fungi, or virus is responsible for your UTI, your doctor will prescribe a more appropriate treatment.

There are also some lifestyle changes that can help reduce the frequency of UTIs, as well as the severity of your symptoms.

It’s important to note that these recommendations work best for UTIs, bladder infections, and kidney infections, as these three conditions are treated similarly.

If you’ve been diagnosed with another underlying condition that’s causing your symptoms, your treatment will likely be different.

Some has suggested that UTI frequency may be linked to an increase in bladder cancer risk. However, the research on this is sparse.

If you’re experiencing any of the symptoms listed below, talk to your doctor so a proper diagnosis can be made.

However, these symptoms won’t go away with antibiotic treatment and, instead, will become more severe over time.

These symptoms may include:

Like bladder cancer, prostate cancer shares a handful of symptoms with UTIs. Prostate cancer won’t respond to antibiotics and, over time, these symptoms can become more severe.

Symptoms of prostate cancer may include:

Most UTIs resolve quickly with a course of antibiotics, with most UTI symptoms resolving in a matter of days.

Sometimes, persistent UTI-like symptoms may indicate another issue, such as antibiotic resistance, improper treatment, or an underlying condition.

It’s always important to reach out to your doctor if you’re concerned about UTI symptoms that don’t resolve with antibiotic treatment.