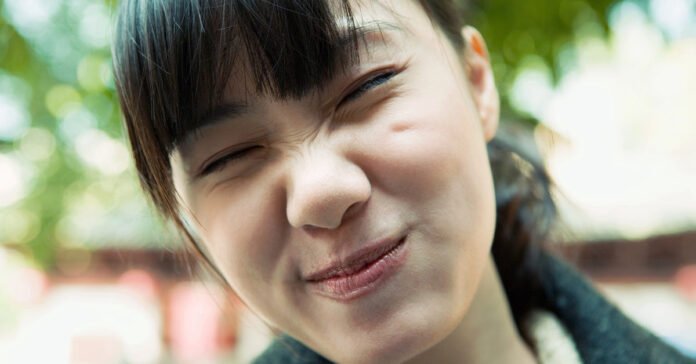 The most common way people reshape their nose is with a surgery called rhinoplasty, more commonly known as a “nose job.”

According to the American Society of Plastic Surgeons, more than 207,000 rhinoplasty surgeries were performed in the United States in 2019.

Rhinoplasty is typically a cosmetic surgery for people who are unhappy with the appearance of their nose. The surgery is also used to:

The surgery can change the size, shape, or proportions of your nose.

Let’s examine what science says about nose exercises. We’ll also look at other nonsurgical and surgical options for nose reshaping.

There’s no scientific evidence that nose exercises or “nose yoga” can reshape your nose.

An example of a nose exercise that’s being promoted on many websites is pinching your nose while flaring your nostrils.

The shape of the base of your nose, where it attaches to your face, is determined primarily by the shape of your bone. The tip of your nose is primarily shaped by the soft cartilage that gives it its flexibility.

There’s no evidence that nose exercises can noticeably influence the shape of either of these tissues.

Nose exercises work the small muscles around your nose that you use to make facial expressions. These muscles don’t play a significant role in your nose shape.

Can you make your nose smaller with toothpaste?

Some websites have been circulating a rumor that applying toothpaste can make your nose smaller.

There’s also no evidence that other home remedies that include ingredients like apple cider vinegar, ginger, or garlic will have any effect on the size or shape of your nose, either.

The following two methods may help you change the appearance of your nose without surgery.

Makeup won’t change the size of your nose, but it can help change the appearance. There are many tutorials online that explain different strategies for nose contouring.

Here are the basic steps of contouring your nose:

In the following video, makeup artist Wayne Goss shows how to use makeup to contour different types of noses.

A nonsurgical rhinoplasty is a procedure in which a dermal filler is injected beneath your skin to change the shape of your nose. The procedure also goes by the nicknames “liquid nose job” or “15-minute nose job.”

During the procedure, a doctor will inject a gel-like dermal filler beneath your skin. They may use a filler with hyaluronic acid (like Juvederm) or calcium hydroxylapatite (like Radiesse), among others.

The procedure can take less than 15 minutes, and many people return to work the day after the procedure.

The results of a nonsurgical rhinoplasty aren’t as dramatic as those of a traditional procedure, but this method can help smooth bumps and make your nose look thinner or straighter.

The procedure isn’t permanent, but results can last up to about 6 months.

The following surgical options can help reshape your nose.

The most common cosmetic surgery for changing the shape of your nose is rhinoplasty. This surgery can:

There are several variations of the rhinoplasty procedure, but the two major categories are open rhinoplasty and closed rhinoplasty.

Open rhinoplasty is usually performed for major reshaping. During this type of surgery, a surgeon makes an incision on the piece of skin between your nostrils to access the inside of your nose.

This surgery has the potential to leave a noticeable scar. However, most people who undergo this surgery report their scar being invisible or barely visible.

Closed rhinoplasty is usually used for minor procedures. Incisions are made inside your nose to avoid scarring.

A septoplasty is a surgery that straightens the bone and cartilage between your nostrils. This part of your nose is called your septum. When your septum is crooked, it’s referred to as a deviated septum.

Nose exercises are a popular internet fad. It’s very unlikely that they’ll have any effect on the shape of your nose.

The shape of your nose is primarily determined by your bone and cartilage and can’t be changed without surgery.

If you’re unhappy with your nose, the cheapest and easiest option is to use makeup to contour it.