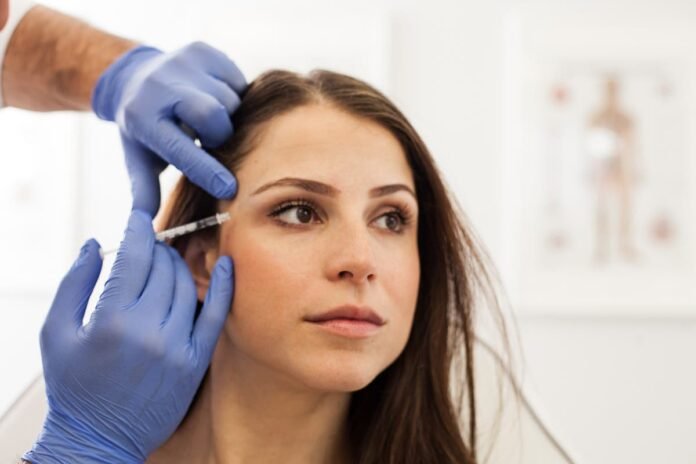 People under the age of 18 are now banned from getting botox and lip fillers as part of a government crackdown on cosmetic beauty procedures in England.

New laws coming into force on Friday prevent young people from getting the injections. Previously there were no checks on those aged under 18.

Botulinum toxin procedures are often used by people who want to reduce the appearance of wrinkles on their faces.

The effects are not permanent and usually last for around three or four months, according to the NHS.

In the UK, the cost of Botox injections can vary from about £100 to £350 for each treatment, depending on the clinic and the area being treated.

Botox injections for cosmetic reasons are not available on the NHS.

Dermal lip filler procedures are used by people who want to give their lips are fuller look.

The effect is also temporary and usually lasts between six and 18 months.

The use of Botox and lip fillers have become increasingly popular in the UK over the past number of years but their use is controversial.

Doctors are not required to administer the injections and campaigners say the practice is dangerous and can go wrong.

Government estimates suggest up to 41,000 Botox-style procedures were carried out on under-18s in England last year, raising concerns there were was not enough regulation in the non-surgical cosmetic industry.

However, campaigners say the new laws do not go far enough.

There remains no UK law requiring practitioners to have formal qualifications or training for the procedures, and there are fears young people could cross borders to get them.

Wales and Scotland are expected to update the law in the future although there is no plans to do so in Northern Ireland.

She told the BBC: “We are seeing loads of women coming forward who have had these treatments and it’s gone wrong – because anyone can do these threads and they are quite invasive.

“Although medical professionals who provide these treatments have to be regulated by the Care Quality Commission, lay people and beauty therapists do not.”

Tory MP Laura Trott, who called for the legislation change in parliament, said: “No child needs cosmetic Botox or fillers and from today [Friday] they will no longer be able to walk into a clinic or someone’s home and get a dangerous and unnecessary procedure that could ruin their lives.

“It will not fix the entirety of the problems in this industry, but it will make a real difference for under-18s.”