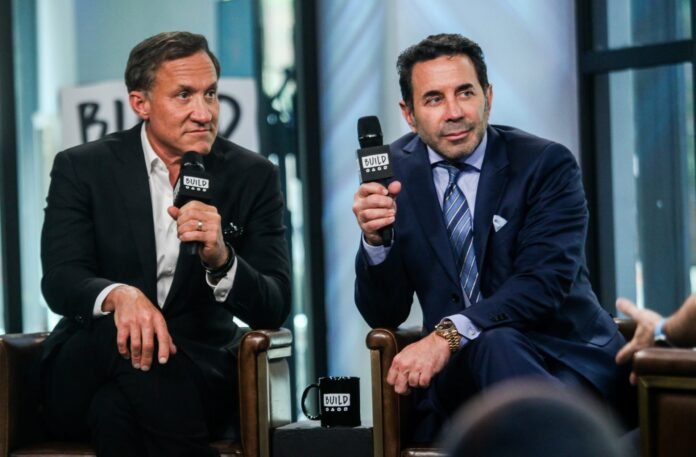 Gina’s saga of silicone injection mishaps finally came to an end on the season 7 finale of Botched, thanks to doctors Terry Dubrow and Paul Nassif.

The show’s finale sees things taking a turn for the better after the plastic surgeons operate Gina’s face for the second time.

The former neurologist sought the doctors’ help after her right eye and cheek were deformed as a result of illegal silicone injections.

What happened to Gina’s face after silicone injections?

Gina got silicone injections in both of her cheeks, however, somehow, only the left side of her face ended up receiving the silicone, thus leaving the right side deformed.

Four years after getting the injections, Gina started facing the harrowing effects of the procedure.

“All of a sudden it just went boom and there there’s just huge granulomas,” she explains on Botched.

The former neurologist underwent five operations to remove the granulomas, but they would come back every time and ended up causing a hole in her cheek. The inflammation left her unable to see from the right eye.

A look at the patient’s journey on Botched

Dr Nassif informed fans on the show that he found “unusual things” in Gina’s face and removed what looked “like a piece of gauze.”

In her post-op meeting with the doctors, Gina informed the doctors that her pain was “a lot better.”

But, the relief didn’t last long as the swelling on her cheek soon returned.

“Following Gina’s surgery, she has had multiple problems with what we call recurrent seromas,” Dr Nassif informed fans.

How did the doctors help Gina?

“My only alternative at this point is to open her up again, look for the capsule of the seroma and remove it completely, and hopefully this will be it,” Dr Nassif explained.

He also revealed that Gina’s body was ‘constantly making fluid in her cheek’ after her first surgery with them.

However, after her second operation with the show’s doctors, Gina’s condition drastically improved and she claimed she’s “unbelievably happy” with the results.

“My energy level is increasing and actually my mood has gotten better,” she said. “My hair loss has stopped and actually my hair is starting to grow back. My thought process is actually getting faster. I mean, it’s just a miracle. It’s just life-changing.”

Disha is a Political Science graduate from the University of Mumbai, India, who loves languages, reading, and writing about cinema and culture. She loves finding out about the latest entertainment trends and being the first to cover celebrity news. When she’s not writing about the latest trending online series, Disha enjoys running.

Summer House newbie Mackenzie is no stranger to dating on TV