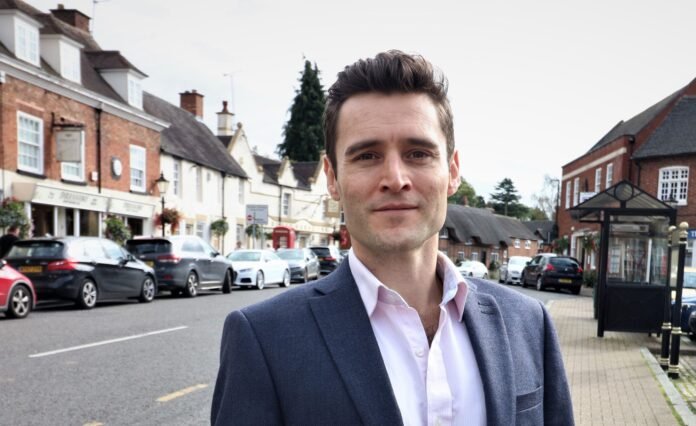 Pictured above is Dr Luke Evans, MP for Bosworth

The MP for Bosworth, Leicestershire is backing a private members bill that would ban under-18s from being able to get cosmetic Botox or fillers.

MP Dr Luke Evans is backing the Botulinum Toxin and Cosmetic Fillers (Children) Bill which would see under-18s banned from being able to get Botox and fillers, and would require a doctor, registered medical practitioner or a health professional to administer such procedures where there is a medical need in under-18s.

According to research from Save Face, a national register of accredited practitioners, non-surgical cosmetic treatments such as Botox and dermal fillers generate over £2.75 billion in the UK and account for over 75 per cent of all cosmetic enhancements carried out each year.

However, unlike its surgical counterpart, which has clear and defined laws as to who can undertake procedures such as breast enlargement and facelift operations, the non-surgical cosmetic industry remains almost entirely unregulated.

This means that cosmetic injections can legally be administered by anyone.

Dr Evans said: “As a GP I’ve seen the damage that unregulated cosmetic Botox and fillers can do when not administered properly or without appropriate consultation.

“It’s not an exaggeration to say that without due care and attention they can permanently affect a young person’s life for the worse.

“At the centre of this bill is accountability: for practitioners, businesses and consumers.

“When an adult decides to go ahead with the procedure they know that will be held to a standard, with accountability to those carrying it out and promoting it and protection for those under-18.

“We already do this in similar areas like tattoos, it is right to have the same protections in aesthetic procedures.”

In the last 12 months, Save Face received 1,617 patient complaints – an increase of 73 per cent when compared with the year previous.

Dr Evans said: “Poor body image is a massive issue for millions of people, including many young people who often aspire to physically impossible looks, which can do real damage to both physical and mental health.

“We have to take action to regulate high risk cosmetic procedures and help young people understand that it’s OK to look like your natural self.”

Ashton Collins, director at Save Face, said: “This legislation is vital to protect young people from being exploited by unscrupulous practitioners.

“We have been campaigning for a change in the law since 2014 and in that time, we have supported dozens of young people whose lives have been seriously impacted upon because of a cosmetic procedure gone wrong.”

She added: “For responsible practitioners, such a law will support them to decline treatments and identity check without causing offence.

“Treatments should only be given to children under the age of 18 in exceptional circumstances.”