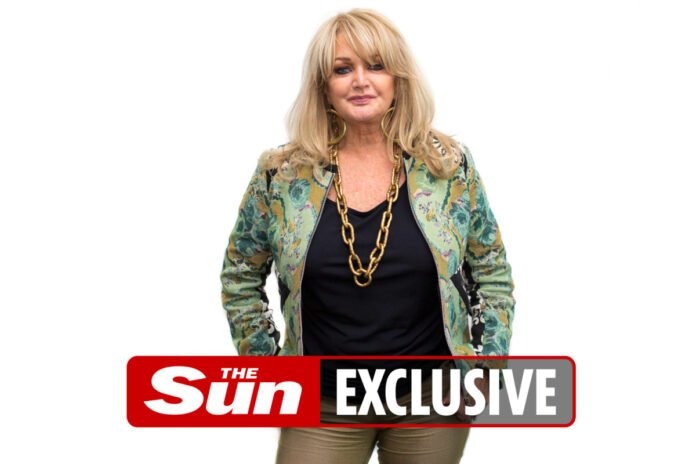 SINGER Bonnie Tyler credits her age-defying looks to regular Botox sessions — but lockdown has put them on hold.

The glamorous 69-year-old, whose hits include It’s A Heartache, has also vowed never to retire.

The 80s legend said: “I’ve been having Botox twice a year, for many years, darling.

“I haven’t had the opportunity since the Christmas before last. But I’m doing all right. I’m quite fit for my age, thank God.

“And I’m never going to retire. I look at Tom Jones. He’s amazing. His voice is as strong as ever — and he’s got ten years on me.”

LAWN TO BE WILD

TOP OF THE CROPS

She added: “Well, I have to say, that was unexpected of my husband Rob to give me a glass of champagne. I normally do all my work before I quaff champagne.”

Bonnie, who has a new Eighties-style album out called The Best Is Yet To Come, went on: “My ritual before I go on stage is we all hug each other, the band and crew, and I have one Jack Daniel’s and a Red Bull, and then it gives me wings. I just love it.

“The hour and a half just flies by.”