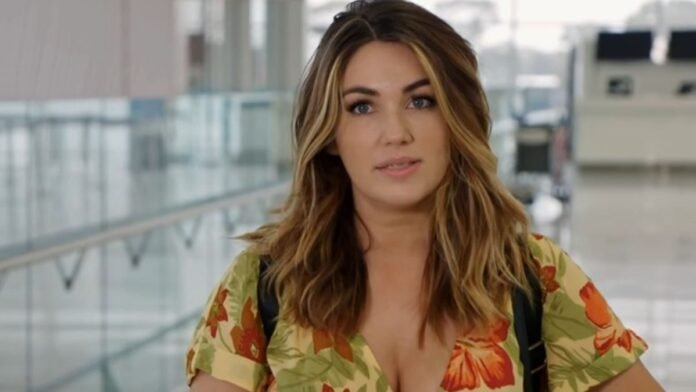 Stephanie Matto is one of the most active 90 Day Fiance cast members on social media. She posts several times a day and is very dedicated to her fan base.

Most recently, she has been promoting her latest cosmetic procedure.

She made it clear she wants to be financially independent and uses her persona and platform to make her money. It appears to be working well for her as she bought a new Porsche in late 2020.

Her life is an open book, from everything she lays bare on her OnlyFans, to her opinions and reviews on YouTube. However, on her IG, she seems to promote OnlyFans the most.

(VOLUME ON) 🔪 #90dayfiance often lends itself to a horror film. So when I saw Stephanie murdering…

(VOLUME ON) 🔪 #90dayfiance often lends itself to a horror film. So when I saw Stephanie murdering a balloon, naturally I had to go there. This might become a feature film. For now, I hope you enjoy the trailer for “Sunday Bloody Sunday.” 🤣 Happy #90day Sunday all!!
(🎥: TLC / re-edited) …

(Volume on 🔊). Tonight on #90dayfiance Yara goes shopping for her wedding dress! But we switched up her partner because he is just that amazing at helping.
(🎥: TLC / re-edited) …

Stephanie suffers from aplastic anemia, which makes any cosmetic procedure she undergoes riskier than your average person. This has not stopped her from getting work done, but she is very cautious when she is post-op.

What work did Stephanie have done?

This time around, Stephanie did air sculpting, which is a less invasive form of liposuction. This patented treatment permanently removes fat and tightens skin while sculpting targeted areas of the body, and the downtime is only 24 hours.

She previously had regular liposuction done on her body and also on the area underneath the chin. She also gets fillers and botox done.

Stephanie has always had a lovely figure, which you can tell from her before pictures.

She has been quoted as saying that since she creates content on OnlyFans, her job is to look flawless and feel great.

With that said, she made no mention that this is the last procedure. She will likely continue to get procedures despite the extra downtime she needs because of her illness.

Stephanie has been known to promote her OnlyFans on Instagram daily through her stories and often offers discounted subscriptions. She stays very dedicated to creating content for her fans.

Originally she rose in popularity with her YouTube channel, where she did everything from product reviews to opinion pieces. Her internet personality drew in fans, and she’s carried that over onto more social media platforms.

She is the least active on Twitter on Facebook, as it appears she makes more money and reaches more fans intimately through OnlyFans and Patreon.

Stephanie loves her fans and followers and dedicates a lot of time and effort to creating personalized content for all her platforms.

She was a controversial member of the 90 Days franchise and has received a lot of criticism for her actions on the show. But she takes her time on Before the 90 Days in stride and lets it add to her fame.

Serena is a Bay-Area based freelance writer who has loved reality TV since the early days of Survivor and Real World. Serena travels as much… read more