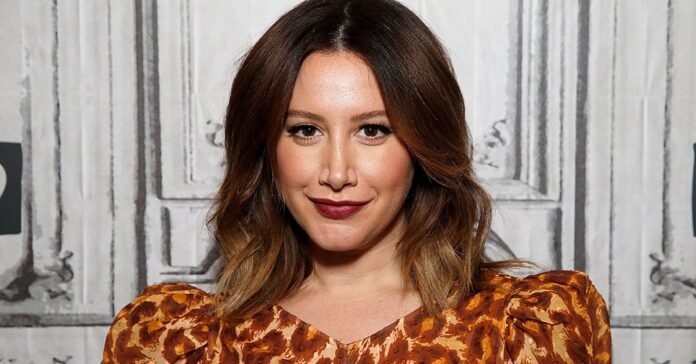 Ashley Tisdale is opening up about the intense judgment she received after undergoing plastic surgery more than a decade ago.

As noted by Entertainment Tonight, the High School Musical star got real with her fans in a blog post on her website frenshe, where she addressed the “traumatic experience” of being scrutinized by the media and the public after having rhinoplasty in 2007. Ashley underwent the procedure at the time in order to rectify a deviated septum, but she said the most painful aspect of the entire ordeal was the way she was treated afterward.

“In the aftermath and the hardest part, was not the recovery but the media who constantly tried to paint a picture of me as someone who didn’t like their appearance,” Ashley wrote in her blog post, noting that she was motivated to write about her experiences now after being asked about her surgery again in a recent interview. “I loved myself, but I was just a very unaware person at that time (as you all have seen my wardrobe choices LOL!). I was proud of who I was back then, and still proud now.”

The singer and actor explained that while her choice to have plastic surgery was in response to health concerns, there’s nothing wrong with someone undergoing a cosmetic procedure for other reasons. “To be clear, it was not about changing my appearance,” Ashley emphasized. “After several doctor’s visits about my health issues, they also suggested shaving my ‘bump’ down. I was young and didn’t put much thought into it, so I decided, why not? It wasn’t a big deal to me nor was it like I was dreaming of the day I’d get a nose job. On the other hand, I have ZERO judgment towards anyone who does look forward to that day — your body, your choice.”

She went on to say that she felt more insecure after the procedure, based on the way people responded. “I always wanted to be honest and open about why I did it because I had a young fanbase. Unfortunately, with the public scrutiny, I felt like that was taken away. Not to mention that I was obligated to walk out on stage at a Jingle Ball concert, just two weeks into recovery.”

Ashley, who is currently pregnant with her first child, added that she hopes her experiences can inform how she guides her daughter through life’s challenges and the expectations of others. “At the end of the day, I’m having a daughter, and I hope her choices aren’t met with judgment or shame,” she wrote. “It’s taken years for me to process this experience—an experience that I didn’t think was that big of a deal either.”

The actor ended her post with a message to her fans and followers, thanking them for giving her space to be vulnerable. “If only other women could approach this subject the same way, we could probably feel less shame and a lot more love,” she said.

This isn’t the first time that Ashley has spoken candidly about health issues and choices; as noted by People, the star also recently opened up about having breast implants removed after dealing with minor health issues. “This journey has been one of growth, self discovery, self acceptance and most importantly self-love,” she explained in an Instagram post back in August 2020. “This picture above was taken two months after my explant surgery and I think you can tell just how happy I am to finally be fully me.”

Let us slide into your DMs. Sign up for the Teen Vogue take.

Want more from Teen Vogue? Check this out: