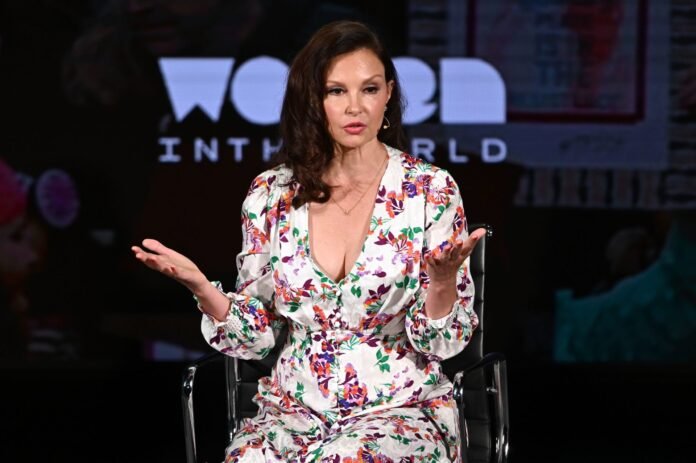 Ashley and Wynonna Judd were in attendance as their mom, Naomi Judd, was inducted into the Country Music Hall of Fame on Sunday. Seeing the pictures from the event, fans have noticed how different Ashley looks in 2022.

The Hall of Fame honour was delivered 24 hours after Naomi passed away. The singer died at the age of 76 after a battle with a longtime illness.

A tearful Ashley gave her speech at the event and said: “I am sorry that she couldn’t hang on until today.”

Ashley Judd has been a force to reckon with thanks to her successful acting career as well as her philanthropy work.

However, in recent years, fans are noticing how increasingly different and, at times, unrecognisable Ashley looks.

Back in 2020, fans began talking about how puffy Ashley’s face looked after she appeared in a video of then-Democratic candidate Elizabeth Warren.

The High Crimes actress took to her Facebook to clarify why she looked different.

In her 2020 Facebook post, Ashley revealed that she was suffering from siege migraines. The condition does not fall under any formal diagnostic criteria.

However, the American Migraine Foundation suggested that Ashley was experiencing chronic migraines, a condition that sees a person having up to 15 migraine headaches per month.

Shutting down those who were making comments about her face at the time, Ashley wrote: “What I know is that I have been sick with siege migraines for over a year.”

Addressing the plastic surgery rumours, she further continued: “Have I had botox? It is a standard treatment for the ailment that I experience.”

For the unversed, Botox injections have been approved by the Food and Drug Administration as a treatment for chronic migraine headaches.

The actress concluded her post by writing: “My self-worth and value are neither based on being built up nor on being torn down.”

Use of Botox injections for chronic migraines

Botox is a medication known to temporarily paralyze muscle activity. As a result of its ability to reduce the appearance of facial wrinkles, its use has become more rampant these days.

However, it is also shown to help prevent chronic migraine headaches. Mayo Clinic reveals that doctors have been using Botox to treat thousands of patients with chronic migraine since 2002.

It is generally injected into the muscles of the forehead, neck, scalp and even shoulders.

Naomi Judd passes away at 76

Ashely and Wynonna announced their mother’s death in an emotional statement on Saturday.

“Today we sisters experienced a tragedy. We lost our beautiful mother to the disease of mental illness. We are shattered. We are navigating profound grief and know that as we loved her, she was loved by her public,” the statement read. “We are in unknown territory.”

Fans might remember that Naomi was a longtime advocate for mental health and even wrote an open letter on Mental Health Awareness Week in 2018.

“Nobody can understand it unless you’ve been there,” the star previously said.

“Think of the very worst day of your whole life – someone passed away, you lost your job, you found out you were being betrayed, that your child had a rare disease – you can take all of those at once and put them together and that’s what depression feels like.”