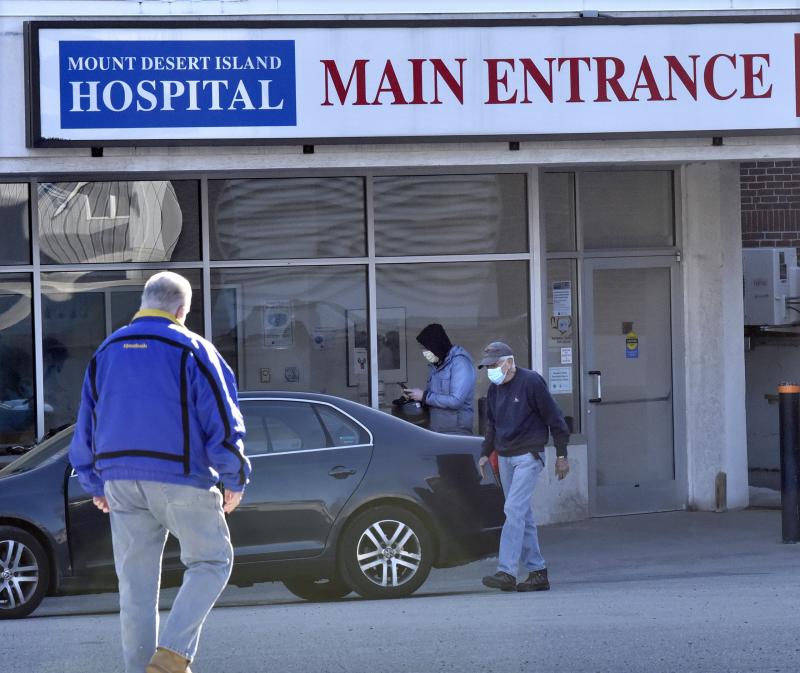 Health facilities have expressed concern that they won’t be able to maintain quality medical care for the state’s lowest-income residents without an increase in the amount of money they receive from the state.

The problem has magnified over the last year. More people enrolled in MaineCare amid the pandemic, raising questions about the sustainability of the program tasked with ensuring the most vulnerable people have access to healthcare, including those with low incomes and those who are medically needy.

“The biggest issue we have right now is getting coverage for individuals and having a sustainable model of reimbursement (from MaineCare) for those services,” said Chrissi Maguire, the president and CEO of Mount Desert Island Hospital. “It’s really abysmal.”

This story was originally published by The Maine Monitor.

The Maine Monitor, formerly known as Pine Tree Watch, is a local journalism product published by The Maine Center for Public Interest Reporting, a nonpartisan, nonprofit civic news organization based in Augusta.

More than 345,000 residents — about 1 in 4 Mainers — are signed up for MaineCare, Maine’s Medicaid program, and the number of new monthly enrollees has grown substantially in the last year. An average of 3,600 more individuals enrolled each month since March 2020 compared to the six months prior to COVID-19, according to the Office of Fiscal and Program Review.

The rates at which the state compensates health providers for serving MaineCare patients have been under review by an outside firm for a year. Reimbursement rates vary depending on the type of service, covering as little as 20 percent of the cost for some dental services to 50 percent for occupational therapy and as much as 100 percent or more for ambulatory surgical center procedures.

The cost of care those reimbursement rates cover were calculated as a percentage of the typical private insurance payment rate for that service.

An interim report released last month by Maine’s Department of Health and Human Services, or DHHS, announced that certain rates are “now out of date” and contain inconsistencies that create “inequities across providers” and “potential incentives” for providers to offer some medical services “in favor of others because of the payment rates.” It also noted that “there is no regular update process” for the rates of certain medical services. Some haven’t been adjusted for 20 years or longer.

The document is part of a study the DHHS commissioned in 2020 from a national accounting firm, Myers and Stauffer, to evaluate and issue recommendations for its rate-setting system. The full report is expected in the coming weeks.

Evelyn Kieltyka, the senior vice president for program services at Augusta’s Maine Family Planning, said her facility last received a MaineCare rate change “at least a dozen years ago” — and it was a cut.

“We’ve done cost analysis, and we’re clearly not getting the reimbursement rate that supports the costs of services in most cases,” Kieltyka told The Maine Monitor. “Rates need to be a little higher to really compensate for the cost of the care.”

In some instances, the situation is so dire that health facilities aren’t sure how much further they can strain their resources. Access to behavioral health services is of heightened concern; only seven community hospitals in the state are also licensed to provide inpatient psychiatric services, according to written testimony from Jeff Austin of the Maine Hospital Association. Maguire of Mount Desert Island Hospital fears this could lead to longer wait lists for beds at the few facilities that do offer those services for MaineCare patients — or worse.

“(When rates are so low), we are truly looking at the viability of some of those service lines,” she said. “It affects access to care.”

Elsewhere in the state, the issue has forced providers out of business. Last February, a Farmingdale senior care facility closed — citing low MaineCare rates that didn’t match a minimum wage hike as a key reason.

Laurie Belden, the executive director of the Home Care and Hospice Alliance in Maine, testified at a Feb. 17 budget meeting with lawmakers that low reimbursement rates are worsening statewide staffing strains.

“It’s very difficult, especially when you’re trying to keep providers, who are rare and scarce resources, employed in a pandemic and have fee-for-service rates so low,” Maguire said. “Our rates were horribly out of line, horribly under the cost of delivering services. So we are subsidizing.”

Now the issue turns to funding as lawmakers prepare to balance a two-year budget this spring. While the DHHS is not seeking for the study’s recommendations to be included this year, Gov. Janet Mills separately requested $45 million for MaineCare rate increases.

The governor’s proposal is “consistent with the principles and recommendations of the report,” said DHHS spokeswoman Jackie Farwell.

Belden said some providers left out of the governor’s proposal — such as skilled nurses and home health aides — cannot afford to wait for the next budget.

“Our providers need additional support now,” Belden wrote in her testimony for a budget hearing last week. “How many patients will go without needed care, and how many provider agencies will struggle to keep their doors open, if we wait another year or two to address these rates issues?”

St. Mary’s Regional Medical Center in Lewiston, which offers inpatient psychiatric services for upwards of 300 children and teens on MaineCare each year, would receive 30% less from the state than it currently does if the budget passed as it currently stands. Dylan McKenney, the associate medical director for pediatric behavioral services, testified to lawmakers that the center’s pediatric inpatient psychiatric program would likely be eliminated if the Legislature passed the proposed reimbursement rate cut.

Some lawmakers may have an appetite for change, but the appeals for increased provider reimbursement comes as they are forced to budget for more people signing up for MaineCare and navigate a projected $255 million revenue shortfall this year.

The program’s budget was able to absorb the recent enrollment increases because of an unusually large surplus from the 2019-2020 fiscal year — when a Medicaid expansion didn’t attract as much interest as expected — and a boost in federal support that will last until the federal COVID-19 emergency ends, officials said.

Because of that, Luke Lazure, senior analyst at the Office of Fiscal and Program Review, said he’s “not panicking” about supporting the influx of new MaineCare enrollees.

“But I know how quick it can change,” he added.

Sen. Cathy Breen (D-Falmouth), chair of the appropriations committee, said “it’s not a good financial proposition for the state to hold back” on MaineCare because of the federal funding the state receives for every dollar it budgets toward the program. She would not indicate whether the Legislature would finance potential rate changes with tax increases, which Mills has tried to avoid, or by moving money from a different department.

“The administration would like to do a joint briefing with the Health and Human Services Committee and Appropriations Committee sometime when they’re ready to roll (the rate study report) out,” Breen said. “I’m waiting. I’ve been waiting. And we’ll see.”

Sen. Marianne Moore (R-Calais), who sits on the Health and Human Services Committee, said she’s open to adjusting MaineCare reimbursement rates but thinks raising taxes is “the last thing we need right now.” Moore also praised the governor’s approach, citing the money Mills included in her proposed DHHS budget for rate increases while not pursuing a “blanket” stance across all services of the health sector.

“(The rate increases are) going to have to be done in a very organized manner,” Moore said. “And funding is going to be an issue. It’s going to be a major issue. I can’t say right now that yes, I’m going to vote for it. I can’t make a commitment right now, but I just want to look at it and make sure we’re doing it on a fair basis.”