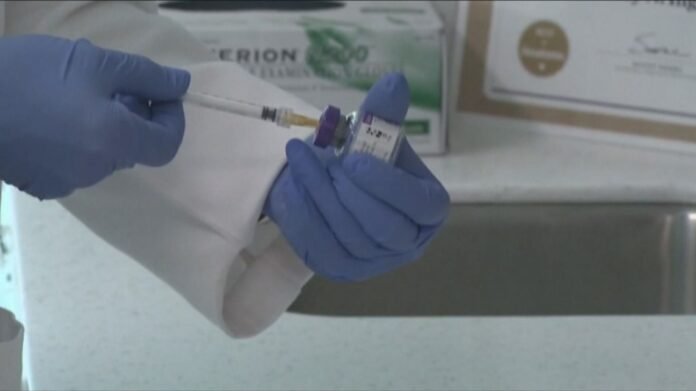 PHOENIX — A teeth cleaning and Botox in your forehead? You might not picture the two going hand in hand but an Arizona bill would make that a possibility.

The bill has bipartisan support and is just a signature from the governor away from becoming law.

SB1074 would allow dentists to administer Botox and dermal fillers for cosmetic purposes.

“I think that as a group dentistry is completely primed and ready for this,” said Dr. Kevin Ortale, a Valley dentist.

Ortale has advocated for the passage of the bill.

“A really close family member of mine had gone through some medical problems that led to what I would say premature aging, and a lack of confidence,” Ortale said.

Ortale wanted to help so he decided to join the American Academy of Facial Aesthetics and started taking courses. He became trained on administering the facial injections.

“If you take physicians, for example, when they do their gross anatomy, they’re doing the entire body,” Ortale said. “But we spend probably two to three times the amount on strictly just the head and neck. So our training from the gate is really emphasized on our area of specialty.”

Many dentists like Ortale are already using the injections in their dentistry practice for medical reasons like treating jaw disorders.

But the new legislation would expand their scope to include cosmetic purposes, too.

“I think the nice thing about this new bill is that you have a provider who’s not only managing and doing the procedures, but they’re their own medical director,” Ortale explained.

The bill received close to unanimous support in the House and Senate. Now, all that’s needed is Governor Ducey’s signature.

“I think this is a very safe way for Arizona’s to receive this kind of therapy,” Ortale said.

Ortale doesn’t anticipate every dentist to administer the injections if the bill does pass. Like anything in the medical field, he says training is critical so those interested in the procedures should research the person administering the injections first.