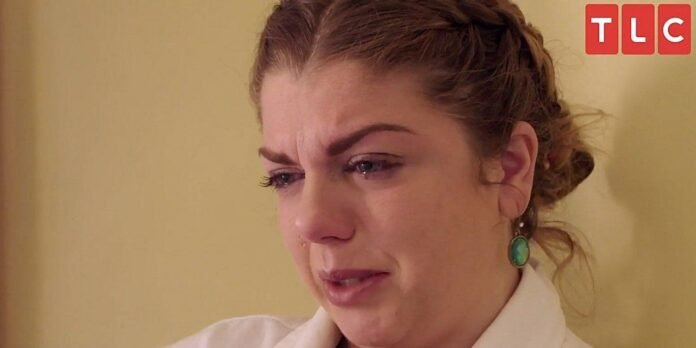 The former TLC star Ariela Weinberg’s latest picture is frustrating many fans. It looks like she is getting Botox or filler injections.

The former 90 Day Fiancé: The Other Way star Ariela Weinberg gets a lot of attention from the viewers, even though her season ended in November 2020. One of the reasons for her popularity is the fact that she has quickly dropped all the pregnancy weight after delivering her first son, Aviel, in December 2019. Many fans are impressed by her hard work and determination and praise her dramatic physical transformation. They keep asking her for tips on getting and maintaining a slimmer figure. However, a fan page recently posted a picture of Ariela, which has frustrated most of her loyal fans.

Many TLC viewers first watched Ariela when she appeared on 90 Day Fiancé: The Other Way season 2 alongside her fiancé, Biniyam. She met her man while traveling in Ethiopia, and within months, the couple was expecting their first baby. The New Jersey native Ariela decided to give birth to her baby in Ethiopia because she wanted to deliver next to her baby’s father. Many fans applauded her decision, but soon she was labeled “annoying” and “selfish” because she kept testing her dancer fiancé Biniyam’s patience. While he was working multiple jobs, Ariela also urged him to help her with the baby. Still, by the end of the season, she garnered thousands of followers on Instagram, who genuinely liked the tender aspects of her personality.

Despite the previous praise, a recent but unconfirmed photo of the new mama is receiving a lot of criticism from many 90 Day Fiancé: The Other Way fans. A fan page called @Lakeju69 posted a photo which may be 28-year-old TLC star Ariela. The woman in the picture is getting an injection. Since the injection is pointed at her cheekbones, many fans are convinced that she is getting Botox or fillers to keep her skin youthful. Check out the picture posted by the fan page with a quirky caption, “Her spirit animal must be Larissa:”

Most of Ariela’s fans appear to be disappointed to see this leaked picture. They seem to prefer her family videos, and commented things like, “they all get a little money and end up looking like a stroke victim,” “That explains why she looks like she’s recovering from a stroke!” “I always thought of her as a child type,” and, “Wow she succumbed.” Some fans think that all the 90 Day Fiancé stars feature on the show only to earn “botox money.“

Others have apparently observed that Biniyam Shibre’s fiancée has started to look quite different in her Instagram videos and pictures in the last few months. They think that she has been experimenting with plastic surgery procedures to enhance her looks, just like Larissa Lima. Some are concerned that the 90 Day Fiancé: The Other Way alum Ariela is still too young to put chemicals in her “natural” face.

90 Day Fiancé: Yara Lashes Out At Fans Criticizing Her Appearance