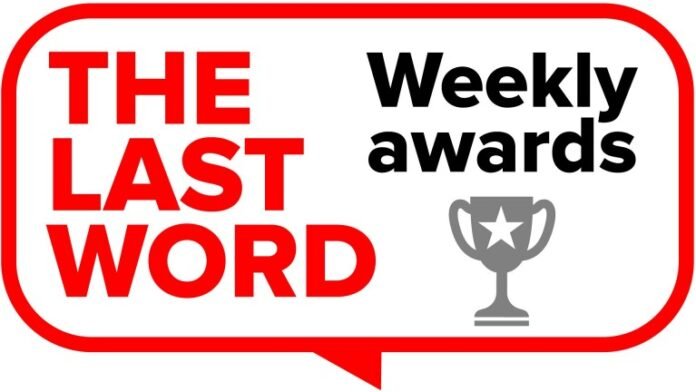 The Racing Post’s awards will honour the best (and sometimes worst) performances and raise talking points from the last seven days of racing. This week’s winners are . . . 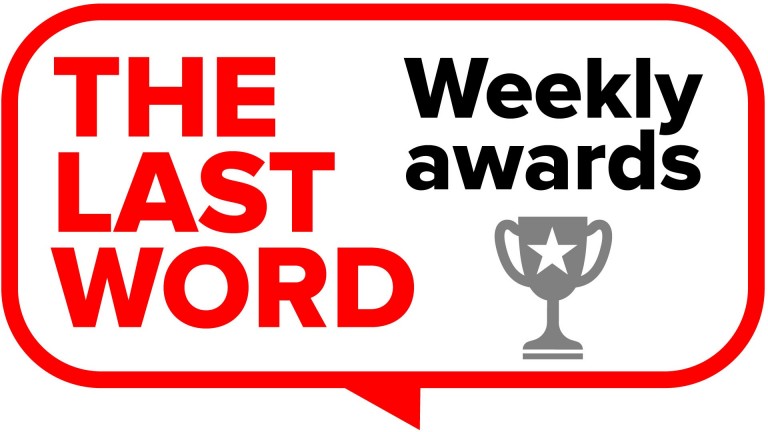 Performance of the week

Did we see the Grand National one-two at Fairyhouse on Saturday? Connections of both Any Second Now and Escaria Ten have every reason to be delighted with the performance of their horses as they battled out a thrilling finish to the Bobbyjo Chase, which may have been light on quantity but was high on quality.

It was the JP McManus-owned Any Second Now, third at Aintree last year, who stuck his neck out on the line to grab the honours from his rival, and the pair now occupy the top two slots in the ante-post market for the April showpiece.

Ride of the week

He may be a Marmite jockey, but there can be no doubting the quality of ride the amateur delivered on Dolphin Square to win the hunter chase at Doncaster on Tuesday.

The win didn’t appear likely when the pairjumped the last two lengths adrift of Desire De Joie, but an all-out Maxwell perfectly timed his charge, galvanising the prolific eight-year-old to run down the leader and sneak his nose in front on the line, securing a second victory in the space of eight days for the horse and a fourth of the season.

David Maxwell: ‘If I had a festival winner I might keel over before I weigh in’

Cheltenham pointer of the week

With just over two weeks to go until the Cheltenham Festival gets under way, there are various machinations going on from those behind the scenes, not least with a few phantom market moves, but perhaps the most insightful pointer towards the festival came from Willie Mullins in an interview with the Racing Post on Sunday.

When discussing how he decides which horse goes for which race, he mused: “In a lot of cases then it will depend on which horse my jockey can ride in which race. Obviously he can’t ride two horses in the one race so I’ll say, ‘Right, you ride him in that race and him in the other race and hope for the best’. Whoever can ride makes a big difference to me.”

That could be good news for Nicky Henderson, with Supreme contenders Dysart Dynamo and Sir Gerhard surely set to be split up allowing Paul Townend to ride both. Sir Gerhard was shortened for the Ballymore on Sunday and is now a general 11-10 for the longer race.

Jockey of the week

The Coral Trophy capped a brilliant afternoon for Christian Williams, but it also marked Jack Tudor’s biggest success since striking in the 2019 Welsh Grand National on Potters Corner.

Cap Du Nord had not been enjoying the best of campaigns and had struggled with his jumping last time out, so credit must go to Tudor for getting him into a rhythm early on.

Following wins earlier in the week at Ludlow and Sedgefield, Tudor was on a run of three wins from his last four rides before his visit to Hereford on Sunday and he is well on course to record his best seasonal winners tally.

Race of the week

A sleepy Sunday afternoon was lit up at Fontwell with a cracking renewal of the National Spirit Hurdle, in which 20-1 shot Botox Has defeated Brewin’upastorm in a nail-biting finish.

In what has been a stunning season for trainer Gary Moore, his son Josh – not long returned from a horror spinal injury – looked beaten when Brewin’upastorm hit the front after the last, only for Botox Has to battle back admirably to upset a strong field.

Watch the replay of a thrilling National Spirit Hurdle

Shock of the week

All eyes were on the international challengers for the latest running of the Saudi Cup, with Britain’s Mishriff bidding for back-to-back victories against the likes of Sealiway for France, Country Grammer for the US and TO Keynes for Japan.

But it was local runner Emblem Road, on only his fourth run, who stunned the lot of them under Wigberto Ramos, returning at a massive 80-1. The only purse bigger than the one picked up by any punters brave enough to jump on was the near £7.5 million in prize-money earned by the winning connections.

Catch our new in-depth review of the weekend’s racing every Monday in the Racing Post. With big-race analysis from Grand National-winning jockey Leighton Aspell, Chris Cook’s take on the weekend action, eyecatchers from the Raceform team, weekly awards and more, it is not to be missed.