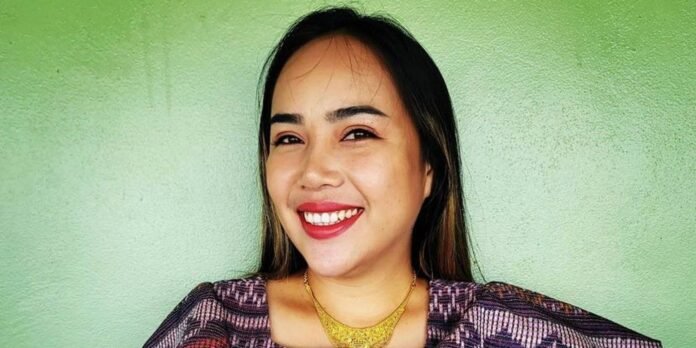 Annie Suwan made 90 Day Fiancé fans question if she’s had new plastic surgery after posting a fun photo with husband David Toborowsky on Instagram. Annie is best remembered by TLC viewers for 90 Day Fiancé season 5, during which she got engaged to David on his trip to Thailand. A 20-year age gap between them and David’s money and alcohol problems played a part in almost ending his relationship with Annie. However, after they got moved to America and got married in 2017, they slowly became one of the most popular couples of 90 Day Fiancé.

Fans have since watched David and Annie in several spin-offs, including their standalone shows such as Spice It Up With David and Annie and David & Annie: After the 90 Days. They’ve seen Annie cook up a storm in her kitchen and share her recipes on Instagram. While David lost weight and impressed TLC viewers, he was also making a bank by becoming the highest-earning celebrities on Cameo. As fans await After the 90 Days that’s supposed to launch later this year, they have been catching up with David and Annie on Pillow Talk. On a recent episode, Annie looked different than she usually does.

While it’s known that Annie recently got lip fillers and had gotten double eyelid surgery in the past, fans suspected she had some more work done which she’s not yet told them about. After the show, Annie posted a selfie with David on Instagram. “Pillow last night was so much fun,” Annie wrote in her caption. David replied, “You look amazing my love.” Annie’s minimal makeup made her skin glow in the photograph. Like David, Annie has also lost weight and her slimmer face with new full lips, made her look more attractive as she posed in her pale-pink top and loose, wavy hair falling across her shoulders.

Plenty of comments about how David and Annie are couple goals can be seen under her post. However, there are several who have shared their opinions on Annie’s new look. “Annie did you have a nose job?” asked one fan. They asked Annie to not change her already beautiful face with cosmetic work. Someone else wrote that they are not liking “the fillers at all.” Another 90 Day Fiancé viewer thought that Annie has “ruined” her looks. They asked her to stop with the enhancements and to be “true to yourself.” Amongst the critics, Annie did receive compliments for her makeover from fans who think that whatever Annie may have done to her face, it’s making her look good. “Let her live,” wrote one of Annie’s followers.

Thai beauty Annie first showed the results of her lip injections in an April video posted on her Instagram. A fan has mocked Annie by implying she’s now going to make an OnlyFans account. Annie slammed them and confirmed she got lip fillers by saying that injections have nothing to do with someone going on OnlyFans. In 2019, Annie had also defended her double eyelid surgery by saying it wasn’t for cosmetic purposes but for medical reasons. Back then, 90 Day Fiancé fans had asked Annie about who paid for the pricey surgery since she and David were facing money problems. But now that the couple is not only doing financially well but are also top 90 Day Fiancé cast members, there’s nothing stopping Annie from investing in a more beautiful appearance.

The Family Chantel: Chantel & Winter Get In Shape With Sister Workout