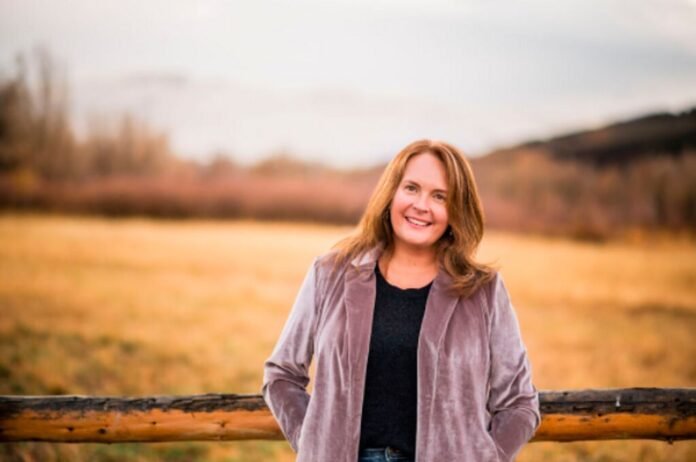 Skincare arguably goes hand in hand with self-care, and, admittedly, I am a treatment (and product) junkie as a wellness-obsessed woman.

Last spring, I noticed a sign for a new spa under construction in downtown Aspen, and then, only a few months after opening in June, it nabbed top honors as Best Spa in The Aspen Times’ annual “Best of 2021” contest. I finally had the chance to visit NeuroSpa’s flagship Willits location earlier this month, and my experience exceeded its accolade.

For Dr. Brooke Allen, who relocated to Basalt (her husband has six generations of family between Eagle, Glenwood Springs and Carbondale) soon after finishing her neurology residency at the University of Colorado Denver, expanding her medical practice into a full-service day spa was a happy accident.

Her office manager at Roaring Fork Neurology, Ashley Vater, expressed interest in furthering her career — the Basalt native also holds a bachelor’s degree in business and communication studies from Colorado State University — to study at the Rita B Skin Institute, where she ultimately obtained her license to be a practicing aesthetician in July 2019.

“I was sort of joking, but I said to her, ‘You can’t quit, so we’ll just have to open a spa here,’” Allen shared with me.

After occupying a few different office spaces in the area, Allen moved into the lower level of the Willits Healthcare Center four years ago and has since transformed it into one of the most serene sanctuaries of wellness I’ve ever seen.

“It was just this big black box in the basement when we got it. Another love that I have is interior design, so it was super exciting to create the space. I worked with the amazing Carbondale-based artist Erin Rigney — she just shared the vision that I had, and as you walk in, you can see her triptych of a stormy sea,” added Allen. “Then as you move through the space, each of her pieces get more peaceful. It mimics what a neurology patient might experience — you’re anxious … maybe you’ve had headaches for six months and you’re wondering if you have a brain tumor, so you have that worry. We hope that whether visually or sensory that you can achieve the most calming state of your body and mind with us.”

Additional artwork from Jackie Tileston and Ron Trujillo adorn the walls, but thoughtful extras like soothing sitting areas, a tea bar, ambient music and aromatherapy zones complete the reflective concept where journaling and meditation is encouraged. Clients also receive a complimentary Muse entertainment session — an app-controlled, brain- sensing headband that measures real-time biofeedback — before or after any appointment or treatment.

I was personally treated to the special and spacious “Meditation Spa,” where moving nature scenes are projected on the wall for a 90-minute NeuroSpa Signature Facial ($245) with Vater, Allen’s original inspiration and now one of NeuroSpa’s many expert medical aestheticians. The treatment itself also lives up to NeuroSpa’s recent reputation as the “best.”

Allen, a Jackson, Mississippi, native and graduate of the University of Mississippi School of Medicine, is also now a specialist in aesthetics and continually studies the ever-evolving technology of the cutting-edge services NeuroSpa offers.

large amount of Botox that we inject throughout the head and neck, and one by one, my patients would say, ‘Hey, can you put a little extra here in my crow’s feet?’ Allen explained. “So I thought, ‘I better go get some training on that before I start doing it.’ Since then, it’s just been so fun. Honestly, cosmetics is a lot easier, and I ended up quickly getting a board certification in medical aesthetics in the end.”

Beyond facials and Botox, NeuroSpa offers an extensive menu of treatments ranging from lasers (i.e. Fraxel and Halo) to Emsculpt Neo, Coolsculpting Elite and other injectables (i.e Kybella and Dysport).

The Aspen outpost, where Allen takes appointments weekly on Wednesdays, is a smaller yet equally tranquil spin on NeuroSpa’s headquarters downvalley. Staffed by leading local medical aestheticians including Casey Fisher, Nicole Popp and Alison Birkenfeld — who helped push Allen to open a second location after Aspen Dermatology was acquired by Epiphany Dermatology during the pandemic — business is better than ever. Allen also pointed out that another main focus is adding Spanish-speaking members to her growing team, who she describes as “artists,” such as Lorena Vargas, another Basalt native and alumnae of the Rita B Skin Institute.

“We wanted to provide the same experience for our community members who don’t speak English. And I can’t think of anything harder than trying to explain your skin concerns to someone who doesn’t speak your language,” noted Allen. “I’ve always owned my own practice, and (NeuroSpa) started as just a side hustle for me in many ways — it’s obviously a challenge to sustain a traditional model of medicine. I’m blown away by the reception of this community — Aspen was a big undertaking, but it’s been overwhelmingly successful.”

Katie Shapiro can be reached at [email protected] and followed on Twitter @bykatieshapiro.