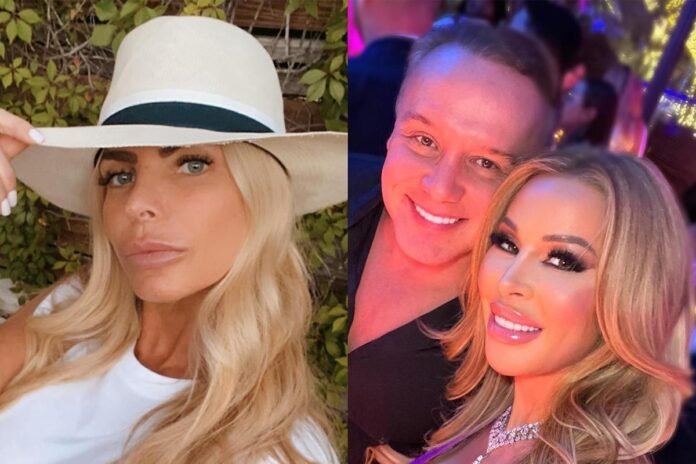 When it comes to her life, Alexia Echevarria is an open book — and that includes any plastic surgery tweaks. At The Real Housewives of Miami Season 4 reunion, Alexia addressed questions about what work she’s had done in the eight years since the show’s third season.

“I had these historical [breast] implants for 30 years,” Alexia shared. “I got a lot of use out of them, [I got] my money’s worth… And I was like, ‘I need to change it.'” She explained, “All I did was switch [my implants] out,” noting that her new implants were the “same size” as the former ones.

Although Alexia’s pal Lisa Hochstein is married to a plastic surgeon, the self-proclaimed “Cuban Barbie” decided not to turn to Dr. Lenny Hochstein for her recent procedure. “Not because I don’t think he’s the greatest, because he is,” Alexia shared of her decision, “but I don’t want Lenny to see my boobs. I thought it was kind of like uncomfortable.”

Alexia turned to Lisa to further explain: “Can you imagine having dinner [with my husband] Todd [Nepola] and I and Lenny and you? … I’m very old-school.”

Still, not everyone on the couches was as “old-school” as Alexia declared herself to be. As host Andy Cohen noted, “Conversely, Adriana [De Moura]‘s boobs have been seen by Lenny, right?” to which Adriana quipped, “Blame it on Lenny.”