In the legal complaint, AbbVie argues that Alvotech planned to infiltrate the former company’s confidential information of Humira with the hiring of Rongzan Ho, who led a Humira manufacturing team at AbbVie and had access to proprietary trade-secret information on the drug.

Specifically, the complaint suggests, Ho had crucial information about the upstream process of the drug’s creation. Ho allegedly submitted this information via personal email and subsequently left AbbVie to work for Alvotech. Ho said, however, that he had deleted all material related to AbbVie and its production processes from his devices.

“Alvotech’s recruit, and by extension Alvotech, unlawfully took AbbVie’s confidential trade secret materials to Alvotech for use in his work there,” alleged the complaint, “including by using information taken from AbbVie to develop and implement the manufacturing of a knockoff version of the exact same drug that he was responsible for at AbbVie.” 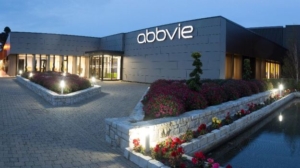 Suspicions of the alleged conduct grew among AbbVie higher ups, who contacted Alvotech to inquire if these suspicions around the hiring of Ho were justified. According to the complaint, Alvotech made no statements of denial regarding Ho’s work on a biosimilar to Humira during this time at Alvotech.

“Alvotech also did not deny that it deployed Mr. Ho in the exact same role he performed at AbbVie and tasked him with developing and overseeing manufacturing for a biosimilar of the exact same drug that he was responsible for at AbbVie, AVT02, a high-concentration HUMIRA® biosimilar, again in violation of his obligations to AbbVie,” the complaint reads.

The complaint further details AbbVie’s assertion that Ho wasn’t the only AbbVie vet who later joined Alvotech. In fact, AbbVie claims at least two other former employees left the company to join the Icelandic company.

“Alvotech’s conduct threatens uncontrolled and irreparable dissemination of AbbVie’s trade secrets around the world, as Alvotech already built a biologics manufacturing facility in Iceland and recently announced a joint venture to build a new biologics manufacturing facility in China,” argued the plaintiff. “Unless enjoined, Alvotech’s illegal actions will serve as a roadmap to use AbbVie’s trade secrets for both Alvotech and other companies that have not adequately invested in their own independent research and development.”

This isn’t the first time AbbVie has been involved in a legal dispute with another company over allegedly compromised trade secrets. AbbVie very recently settled several-years-long intellectual property legal dispute with Evolus over Jeuveau, a rival to AbbVie’s Botox which was obtained through an acquisition of Allergan. The lawsuit, which has been going on for many years, claims Evolus’ Jeuveau was developed using stolen trade secrets for Allergan and its partner Medytox’s injectable botulinum toxin product.

In 2019, Jeuveau received approval from the U.S. Food and Drug Administration for cosmetic purposes. While Evolus denied the claims in the AbbVie lawsuit, the companies decided to settle and “fully resolve” all outstanding litigation in February.

AbbVie and Medytox will release all claims against Evolus, under terms of the settlement agreements, and the two companies will also grant a license to Evolus for the continuation of Jeuveau commercialization in the U.S. Evolus also agreed to issue common stock to Medytox.