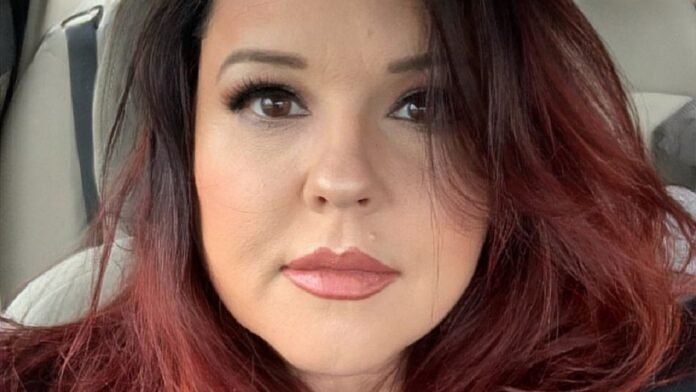 90 Day Day Fiance star Rebecca Parrott proved to be a total head-turner back in the day. The fiancee of Zied Hakimi looks stunning in a throwback photo, which resurfaced online recently.

It’s no secret that Rebecca has always been into looking young. The TLC celeb has resorted to filters and makeup to achieve that youthful glow. Recently, she even got some work done on her face for a more consistent younger look. But Rebecca’s old photo proves she doesn’t need all that — at least she didn’t decades ago.

Rebecca Parrott looked like a completely different person in a throwback photo circulating online recently. The 90 Day Fiance celeb wowed fans with her stunning appearance from many years ago.

A Reddit user shared an old snap of Rebecca from her younger years. In the photo, Zied Hakimi’s fiancee gives off some serious old-school vibes with her striking pose and classic outfit.

Just wondering when those producers are planning that intervention
#90dayfiance …

One man’s pandemic is another man’s answer.
😷
#90dayfiance #90daymemes

One man’s pandemic is another man’s answer.
😷
#90dayfiance #90daymemes …


The 90 Day Fiance star rocked a shaggy hairstyle, matching her retro outfit. But what caught the attention of many was Rebecca’s stunning long legs.

Many commenters pointed out how tall Rebecca looks in the photograph — a far cry from her “compact” shape, according to a fan. Others noted that the reality star looks “amazing” in jeans and could pass as a model.

Fans can’t get over her good looks in old pic

It seems fans were very impressed with the young Rebecca Parrott. They even compared the 90 Day Fiance star to famous celebrities, including Molly Ringwald and Ally Sheedy.

Others couldn’t help but wonder how Zied Hakimi would react if he sees a younger version of his future wife. Many also noted that Rebecca has always been pretty even now that she’s 50.

Over the years, Rebecca Parrott has done several changes to her appearance, mostly to make her look younger. Initially, the 90 Day Fiance star opted to use filters to enhance her face on photos.

But the reality star wanted something more permanent. Recently, Rebecca confirmed that she had some cosmetic procedures done just in time for her birthday.

The 90 Day Fiance celeb revealed she had some lip fillers, giving her a “fuller and more symmetrical” pout. Rebecca also had Dysport injection to smooth out the lines on her face. Needless to say, Rebecca Parrott looks extra stunning these days and Zied Hakimi surely loves it.

Estelle is a Contributor to Monsters and Critics, as well as other entertainment news websites. She has a degree in Civil Engineering and also took… read more

What’s the Difference Between Facial Fillers and Botox? – Cleveland Clinic