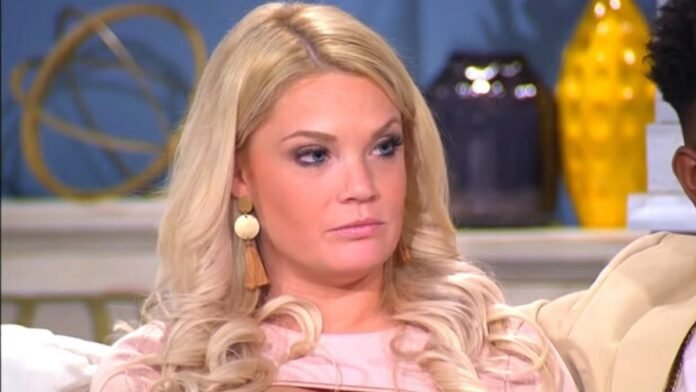 Ashley is no stranger to plastic surgery and being open about her procedures.

She enjoys enhancing her features and feeling more confident after her divorce from Jay Smith.

She went on Instagram Live to explain to fans what she had done and shared her before and after pictures. She then made a post about how much happier she feels after leaving the past behind her.

Followers showed overwhelming support for her body transformation and her healthy outlook on the future.

This is simply our #90dayfiance Rebecca appreciation post. The woman doesn’t mind a little meme …

This is simply our #90dayfiance Rebecca appreciation post. The woman doesn’t mind a little meme humor and for that, we declare her simply awesome. Not to mention, we love her love for Zied! Alright now, @tlc_90day_rebecca, we see you. ♥️ Her caption below 👇🏼(📸: @tlc_90day_rebecca / Instagram)
Repost from @tlc_90day_rebecca
•
Who is enjoying 90 Day Fiancé this season? I know the meme accounts are! 🤣🤣 The shopping cart is the new ring light. #theshoppingcartistherealstar
#90dayfiance #rebeccaandzied #tlc #90daysfiancememes …

#90DayFiance star Stephanie Davison may not be part of the upcoming #TellAll episode but that doesn’t stop her from throwing accusations against her Belizean lover, Ryan Carr. See the serious allegations at the link in the bio.
(📸: TLC) …

Other 90 Day Fiance castmembers, like Danielle Jbali, Amira Lollysa, and Brittany Banks, commented on how pretty she looks.

What has Ashley had done?

Ashley said that she is 11 days post-op from her contour lipo on her back, side, and stomach. She had the procedure to gain more definition, and it looks like it worked.

She shared before and after photos from the surgery.

Ashley has previously had breast augmentation, Botox, and lip fillers.

She has been quoted in the past as saying, “I am open to more surgery in the future,” she said. “I care about my physical appearance and will do what I can to maintain it.”

Fans generally have concerns over Ashley’s health since she has Lupus, and recovering from surgeries can be more complicated for her.

There were also concerns about her motives for getting plastic surgery before, and whether it was something she wanted for herself or something she felt pressured to do since her age gap with her ex-husband was more than ten years.

What’s next for Ashley?

In Ashley’s latest post, she made it a point to promote the fact that she is single and ready to mingle, calling her marriage a “death sentence.”

“The cheating scandals were never faked. He gave the show a goldmine with that,” the mother-of-two explained.

It is apparent that there will be dates and fun in Ashley’s future. She even mentioned throwing a divorce party.

Ashley also wears many hats. She is the mother of two young children, and she has her own lipstick line, Pout by D&A, with her friend Jennifer.

She is also very active on social media and often takes to the platform to share her opinions, promotions, and frustrations.

Serena is a Bay-Area based freelance writer who has loved reality TV since the early days of Survivor and Real World. Serena travels as much… read more