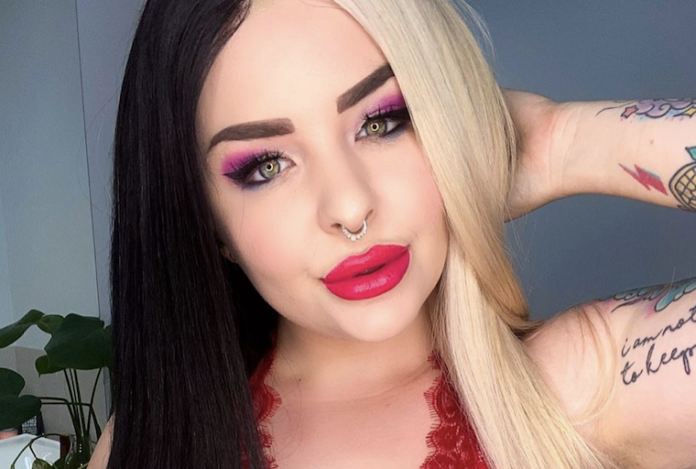 90 Day Fiancé former cast member, Erika Owens recently shared some pictures online and online trolls put her on the hot seat for this. The TLC didn’t choose to ignore them. Instead, she clapped back at them. Erika took to Instagram to address people saying she had a boob job and also enhanced her facial appearance. The reality show star said that she has only had her lips done and also he Botox. Erika rocks the Betty Paige bangs in the pictures she shared.

Erika also added that it is “exhausting” having to deal with trolls on social media. Especially when the star shared a picture of herself feeling “good”. She says it is even harder to deal with being accused of something she“didn’t even do”.

’90 Day Fiancé’ Spoilers: Before & After Photo of Erika Owens

Erika Continues defending herself against her haters by sharing a previous picture of herself that shows how she looked before having work done on her face. She said that her lips are not the same and her forehead does not move. She further said that what changed is her getting older and getting better at makeup. She added that her “confidence grew” as well.

Erika Owens went on to say that there is “nothing wrong” with enhancing one’s body. And no matter the hate she gets from trolls, she will remain “transparent” about her procedures. The ex-girlfriend of Stephanie Matto told followers to stop accusing her and told everyone to be kind.

90 Day Fiancé stars are known for their numerous body enhancements. Fans know that Larissa Lima, Darcey Silva, and Deavan Clegg have had some work done on their body. Erika Owens has also worked on her lips and had Botox, and she gets trolled for it. However, her latest update shows that she is happy with the results.

Remember to stay up to date with the latest news on TheOvertimer. Don’t forget to visit Gamestingr for great videos, news, and gameplay!