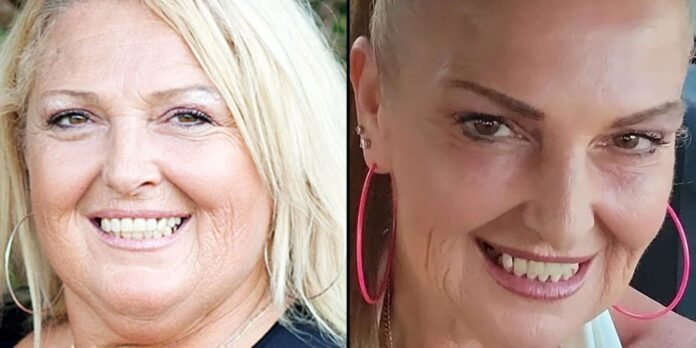 Many 90 Day Fiancé fans praise cast members’ weight-loss journeys, but some viewers prefer the reality stars’ original looks to their new one.

Though many personalities in the 90 Day Fiancé franchise have publicized their weight-loss efforts, some cast members have been accused of looking better before weight loss. The pressure of being on-camera causes many reality TV stars to alter their appearances over the years. However, 90 Day Fiancé fans believe that certain cast members didn’t improve their appearance with weight-loss transformations.

One of the main reasons why fans fail to support weight-loss efforts is because few franchise stars stop at weight loss alone. Many 90 Day Fiancé franchise personalities opt to combine weight loss with plastic surgery or cosmetic procedures to dramatically change their appearance. This leaves many viewers critical of the final appearance that the cast members reveal. However, cast members often choose to change their appearances in the first place after viewers criticize their looks. Therefore, it can be difficult for cast members to win over audiences.

While cast members are sometimes judged by 90 Day Fiancé viewers for altering their appearance too much, fans are also critical of extreme weight loss. Certain cast members have appeared at unhealthily high weights and are encouraged and supported as they achieve a healthier body mass. However, stars who were already slim to begin with are often criticized for slimming down too much. This has led to 90 Day Fiancé fans being very critical of the weight of various franchise celebs.

Angela Deem has put considerable effort into transforming her body. In fact, the 90 Day Fiancé franchise villain focused more on her plastic surgery makeover than on her marriage to Michael Ilesanmi on 90 Day Fiancé: Happily Ever After? season 6. After a breast reduction and implants, among other weight loss and cosmetic procedures, 90 Day Fiancé franchise villain Angela shockingly revealed her bare breasts at the season Tell-All. Though Angela is happy with her transformation, many viewers have voiced that she looks gaunt and that her skin looks worse. However, fans are more concerned with Angela changing her attitude than her looks.

Jesse Meester became a franchise villain after 90 Day Fiancé: Before the 90 Days due to his bad behavior. However, that didn’t stop Jesse from building his own lifestyle brand online that sees him traveling the world and sharing his luxurious lifestyle with his followers. Though Jesse aims to project luxury, many viewers believe he has grown increasingly gaunt and drawn over the years. 90 Day Fiancé fans have voiced that Jesse has at times appeared unwell and unhealthy, which has led to unfavorable fan comparisons. However, Jesse appears happy with his appearance and his jet-setting lifestyle.

90 Day Fiancé: The Other Way star Ariela Weinberg is one cast member who just can’t win when it comes to viewer criticism. Viewers have been particularly critical of Ariela, who currently appears on 90 Day Fiancé season 9. The partner of Biniyam Shibre underwent a transformation during The Other Way season 3 that saw her slimming down and changing her look. Due to her jaw disorder, Ariela stated that she received both Botox and lip injections. Ariela surprised viewers by revealing her slimmed-down and transformed look at the same time. Many viewers were critical of the American’s altered appearance and voiced that she appeared drastically different after her weight loss and additional procedures.

Juliana Custodio is one of many 90 Day Fiancé franchise cast members who has been criticized by viewers for her weight. However, the gorgeous Brazilian model was actually called out for being too thin. While many 90 Day Fiancé franchise fans are currently praising Juliana during her pregnancy, she previously was criticized for being too slender according to viewers. Juliana recently shared a post revealing that she couldn’t wait to get back to modeling after her pregnancy and was met with criticism from viewers who accused her of being ungrateful while carrying a child. Juliana has previously spoken out against criticism for her thin figure, though she states that it is her natural body type.

Like Jesse, The Other Way cast member Jihoon Lee is another male franchise personality who might have taken weight loss too far. Jihoon had a difficult and now estranged marriage to Deavan Clegg. The end of their relationship resulted in Deavan returning to the U.S. with their son, whom Jihoon has since been unable to see. Jihoon recently emerged with a new appearance, which has sparked rumors of plastic surgery. Jihoon appears noticeably slimmer and altered in many images, while he also sometimes follows a beauty trend that sees the size of his head being shrunken down in photos. Jihoon was already considered attractive to many viewers, which made his original appearance preferred by many.

Mahogany Roca appeared in the recent season of Before the 90 Days and raised many eyebrows for her dramatically altered photos that she sent to American former pastor Ben Rathbun. Mahogany heavily edited her images to change the way she looked drastically, including slimming down her face. However, many viewers voiced that Mahogany looked better in person since she looked like a real person. Mahogany’s edits made her appear glaringly fake, while her real appearance and fuller figure were deemed preferable by many viewers. Many 90 Day Fiancé fans have urged Mahogany to stop editing her photos beyond recognition, though Mahogany has continued with her extreme edits after the season.

Like Mahogany, Jasmine Pineda also appeared on Before the 90 Days season 5. Before she found Gino Palazzolo, Jasmine experienced some tough times, including relationship and food struggles. Jasmine, who is already slim, revealed some past images of herself at a very slender weight. Though Gino is deeply flawed, many viewers  are happy to see Jasmine looking both happier and healthier at a less emaciated weight during her current relationship. Many 90 Day Fiancé fans have praised the Panamanian mother, as well as her fit and toned figure.

Emma Fischer is a dog-enthusiast who holds a BA in English Creative Writing. You can visit her website at www.emmapolini.com.