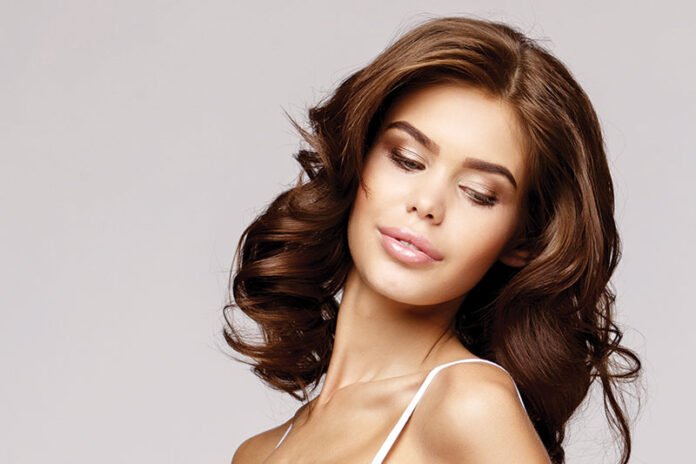 Ask physicians for some anti-aging secrets, and they’ll tell you there aren’t any. Just eat nutritiously, exercise regularly, stop smoking, and drink alcohol in moderation. Those are factors we can control—but we can’t control things like gravity. Time takes its toll on even the healthiest bodies, and that’s why many people are turning to cosmetic medicine for answers.

1. Battle of the Bra Bulge

Bra fat—the bulges below bra bands and bathing-suit tops—can be nearly impossible to lose. Like love handles, those areas are hard to target with exercise and noninvasive fat-reduction procedures, says Dr. Christine Stanko of Bryn Mawr Dermatology. In her Villanova and Collegeville offices, Stanko has devices like CoolSculpting, but they are best for larger areas, such as bellies and thighs.

For smaller sections, Stanko uses Kybella. Injected via syringe, the treatment was originally designated for double chins, as they’re also hard to address. Stanko deploys Kybella on bra-fat bulges, some abdominal pockets, and even knee fat. “Kybella is a fine-tuner,” she says. “Because it’s delivered through a syringe, I can be very precise about where I place it.”

Just prepare to be poked. Stanko does 10-20 small injections into the targeted area. Patients need two to three sessions, and there is a little swelling after each. The area may be a bit tender for five to 10 days, but there’s no real downtime, Stanko says.

Kybella does take time to work—it dissolves fat over eight to 12 weeks. But the results are permanent.

Vaginal rejuvenation is now one of the most requested procedures in the suburbs. Dr. Victoria Cirillo-Hyland says women in her Bryn Mawr and Newtown Square offices are gaga for FemiLift. A laser that’s about the size of a cigar, FemiLift is inserted into the vagina. It rotates 360 degrees to deliver energy into tissue, specifically the dermis layer. “As women age, or after they’ve had children, that tissue usually atrophies and loosens,” Cirillo-Hyland says. “The laser’s energy stimulates collagen and elastin production to tighten and revitalize that tissue.”

But FemiLift isn’t merely a cosmetic treatment. Cirillo-Hyland says many women suffer from menopause-related dryness, which can make sex painful.And then there’s tinkle trouble. Urinary stress incontinence is common among women of a certain age.

Cirillo-Hyland uses FemiLift’s tightening to help resolve that—and she knows its success firsthand. “I had three large babies,” she says. “Now, I can sneeze without creating a puddle.”

The procedure isn’t painful and doesn’t require anesthetic. Each treatment takes less than 15 minutes. Cirillo-Hyland recommends three sessions spaced one month apart. She requires clearance from patients’ OB-GYNs, consulting with several before using FemiLift. “There are no side effects to report,” she says. “I only wish it’d come along sooner.”

Ask a woman over 60 to name her least favorite body part, and she’s likely to pick her hands. Whereas other areas typically get bigger, hands can lose tissue, becoming bony and knotty. “Women complain that they can’t wear rings and that their hands look old,” says Dr. Paul Kim. “Often, you can see veins and tendons in people of a certain age. That’s because their skin loses subdermal fat and collagen.”

They may have lost fat in their hands, but most patients have plenty of it in other parts of their bodies. So Kim takes fat from the belly or flanks and injects it into patients’ hands. Although he does liposuction in his Exton and Paoli offices, this procedure is far less invasive. Kim uses a tiny needle to remove a small amount of fat, then puts it into each hand. “We can put it into the back of a hand with one needle stick,” he says.

Though there is swelling for a few days, Kim says there’s very little pain during and after the procedure.

4. Save Your Own Neck

Blame your kids or your spouse. Yelling at them strains your neck, creating lines that can often be severe looking. “But in most cases, the aging process is to blame,” says Dr. Mark Ginsburg.

Horizontal wrinkles are as universal as they are hard to erase. But the vertical lines are actually not wrinkles, Ginsburg says. They’re caused by muscles, specifically the platysmal bands that run from the jaw to the base of the neck. Because the issue is muscular, Ginsburg can treat it with Botox. Just as he does with the muscle that causes forehead wrinkles, Ginsburg injects Botox into the neck. “A few injections into the bands relaxes the muscle,” he says.

As with other Botox treatments, downtime is practically zero. Botox is not permanent, so more injections would be needed in several months.

5. Turn Down the Volume

While many anti-aging procedures add volume to the face, some folks want to remove it. “Even thin people can have unwanted fullness in their lower faces,” says Dr. Jason Bloom. “No matter how hard they try, they can’t lose it.”

It’s called buccal fat, and Bloom removes it with a one-hour procedure done in his Ardmore office. He makes tiny incisions inside the mouth, then pulls out the fat from the cheeks. Recovery is about one week.

Square jaws are another common complaint. Masseter muscles are to blame, Bloom says. He injects Botox to atrophy and shrink them, slimming the jawline. Unlike other Botox injections, the effect is not immediate. It takes one to two months to see results, and a few rounds may be required. Bloom cautions patients to have the procedure done by board-certified doctors who won’t put Botox where it will interfere with the functioning of the mouth.

Skin sagging over eyelids is a sure sign of aging. Surgical brow lifts are one of the most common ways to reverse gravity and open the eyes for a more youthful, healthy appearance. For those who don’t have the time to recover from this procedure, or are afraid they’ll look too tightly pulled, Dr. Ryan Hoffman offers suture suspension.

During this in-office procedure, Hoffman uses stitches to raise the brow area. He makes small holes in the hairline and the lateral brows. He then threads suture material from the scalp to the brows, lifting them. While minimally invasive, with only a day or two of recovery, Hoffman cautions that the procedure isn’t for everyone. “The effect should last about two years, but it’s not permanent,” he says. “It also depends on what the patient wants to accomplish and what they want their final look to be.”

Hoffman offers other brow-lifting options at his Wynnewood office, including Botox injections, which are even less invasive.

Everything sags, including earlobes. Decades of wearing heavy earrings can stretch lobes so much that they hang unattractively. Dr. Sean Wright can nip and tuck them back into shape with a relatively simple procedure in his Media office. Stitches stay in for one week, and they can be covered with Band-Aids. Re-piercing happens in one month, but not in the same place as the scars.

Wright does another kind of ear tuck for people who want to repair damage done by gauging—wearing heavy doorknob-size earrings. Some millennials thought it was a cool look, until they tried to enter the real world. “Patients are usually young men who are getting married, going into the military or doing job interviews,” Wright says.

The repair procedure can be extensive. “Every case is unique, and it depends on what the earlobe looked like before and what soft tissue and skin is salvageable,” he says.

Microneedling—properly known as collagen induction therapy—has become a popular remedy for fine lines, acne scars and weathered, dull skin. Granted, inserting needles to improve things does sound scary and counterintuitive, admits Dr. Chris Saunders. “But by damaging the skin ever so slightly, we create an injury that the body heals by producing collagen,” he says.

Microneedling is done with a handheld device that moves over the face. While patients see a difference after one session, Saunders recommends a series of three to five visits spaced over three to four weeks. He does the one-hour treatments in his Chadds Ford, Wilmington and Newark offices. Downtime is one or two days.

Patients can opt to treat only certain areas, like the skin above the upper lip, but Saunders warns how that can create an imbalance in the skin’s appearance. “Treat the face as one aesthetic unit, so you can get the best, most even results,” he advises.

To avoid discoloration, people with darker complexions should consult with a board-certified cosmetic doctor before undergoing microneedling, Saunders says.