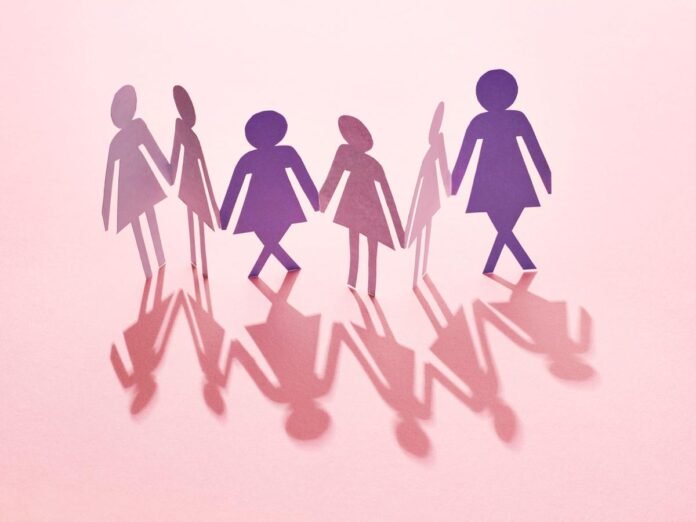 When you hear the words “adult incontinence,” you probably think of the awkward commercials you sit through when binge-watching TV shows that are popular among the 60-plus set (vintage Seinfeld, anyone?) or the equally awkward drugstore aisle you stumble into when hunting for toothbrushes or tampons. Yet while few things make you spin your cart around faster than towering stacks of adult diapers, you might know more about bladder-control problems than you care to acknowledge. Calling it “leakage” or rationalizing that it’s just a few drops (er, tablespoons?) doesn’t make the involuntary release of urine any less real. Incontinence doesn’t just look like the adult-diaper aisle. It looks like: run-hopping to the bathroom after a single jumping jack in boot camp class. Wearing a just-in-case pad when you go on a run. Facing damp consequences after you sneeze or laugh. Planning errands around easy bathroom stops and being nervous to drink much while out and about.

Whether you deal with incidents daily or a couple of times a month, incontinence can easily interfere with the flow of your life and is no fun (although it can undoubtedly be funny; see this classic SNL skit and real housewife Lisa Rinna’s famous Depends ad). Adding another layer to the problem is that when your pee spurts aren’t too extreme or too frequent, it can be easy to shrug them off as no big deal. You think, Well, it’s probably temporary (maybe you recently had a baby) or it’s probably a real pain to address (as in, possible surgery?!). This prevents you from seeking out solutions beyond a panty liner—which could actually be much easier and more effective than you think. At least, that’s what we found out when we asked ob-gyns to list some things they wish you knew about incontinence. These seven bits of insight will help you get back to relieving yourself on your own terms, not reacting to an overactive bladder’s every whim.

Maybe you’ve been to enough new-mom hangouts to know you’re not the only one bunny-hopping to the bathroom with legs clenched or feeling a spurt when you unexpectedly cough. It’s easy to start thinking that urine leaks are something almost all women deal with at some point—yet another lovely feminine rite of passage we must try not to be too bitter about. “In my experience, many women seem to believe that some amount of urinary incontinence is just a normal consequence of pregnancy or getting older, something they just need to learn to live with,” says Jonathan Black, MD, a gynecologic oncologist in South Florida. The actual numbers tell a different tale: About one in four women between ages 18 and 59 deals with adult incontinence on a day-to-day basis, making it a common but hardly inevitable condition. It’s true that urine leakage becomes more common over age 50 and/or as you approach menopause, due to decreasing estrogen levels. It also might start to affect you during or right after pregnancy, since the baby puts pressure on your bladder, and carrying and delivering a baby can stretch and weaken your pelvic muscles (incontinence affects about half of women who’ve had a baby by age 40). That said, many people find that the problem resolves within a few months, and some women make it through pregnancy without issue. “The likelihood of incontinence can increase with the more vaginal deliveries a woman has, but not every woman will encounter it, even if they have five deliveries,” says Tamika K. Cross, MD, an ob-gyn in Pearland, Texas. Point being, if you’re experiencing ongoing incontinence, don’t think that it’s some inevitable, super-common thing you need to just live with.

You can experience incontinence without ever being pregnant.

While pregnancy does up your chances of dealing with urine leaks, it’s hardly the only reason you might find yourself experiencing bladder-control challenges. “Studies have been done comparing women who’ve never had a baby versus those who have, and the incidence of incontinence is actually similar in both groups,” says Laurence Orbuch, MD, an ob-gyn in Beverly Hills. That’s because there are plenty of other risk factors for incontinence, including genetics, obesity, regular tobacco and alcohol use, and medical conditions like diabetes and hypertension. It’s also a misconception that urinary incontinence in women is mostly an older-people problem. “I see and treat women of all ages and predisposing factors,” says Monica Grover, DO, a double-board-certified gynecologist with Vspot in New York City. “Women who are in their late teens and early 20s will often request consultations.”

It’s worth bringing up to your doctor.

Only 45% of women who experience weekly leakage incidents bring up the issue to their doctor, according to the Mayo Clinic. Even if you feel a bit little awkward broaching the topic, it’s worth talking to your health care provider to figure out the root causes and best potential treatments for your incontinence; there are plenty of solutions out there, many of which are more straightforward than you might imagine. “Don’t suffer in silence or embarrassment,” Dr. Cross says. “This is a common but not ‘normal’ issue, and seeking help earlier rather than later will help you avoid worse outcomes, like worsening incontinence that may require more invasive surgical intervention.” By getting evaluated, you can also rule out things like a urinary tract infection.

There are two main types of urinary incontinence.

Not all bladder leakage is the same, nor do the same solutions work for everyone. That’s why, as a first step, your health care provider (check the Urology Care Foundation for resources) will establish what type of incontinence you have, or that you have mixed incontinence, a combination of types. If you pee when you laugh, sneeze, run, or lift heavy weights at the gym, that’s known as stress urinary incontinence, wherein pressure exerted on the bladder causes a small amount of urine leakage. This is different from another common type known as urge incontinence or urgency incontinence. “Urge incontinence is when you have that ‘gotta go, gotta go’ sensation accompanied by leakage,” says Susan Lipinski, MD, an ob-gyn with Obstetrix of Colorado, part of Pediatrix Medical Group in Denver. This version, a result of involuntary bladder muscle spasms, can sometimes arise after you have an infection, so it’s extra important to bring up with your doctor as soon as possible. “For this kind of incontinence, there are many medications that can help,” Dr. Lipinski says. “You can also practice the ‘freeze and squeeze’ technique: When you feel a sudden urge, stop and tighten your pelvic floor muscles to prevent leakage. Then wait for the urge to pass and slowly walk toward the bathroom.” (Overflow incontinence, a third type of urinary incontinence, is more common in men, and can happen when the bladder isn’t emptied completely, which leads to a continual dribble or flow of urine.)

Kegel exercises really can work magic—and you don’t need to do a thousand per day.

If you’re skeptical, it’s understandable: Kegels (exercises in which you contract your pelvic muscles in order to strengthen them) don’t feel that intense, so it’s hard to believe they’re actually impactful—especially when it comes to something as tangible as pee leakage. But ob-gyns say they really do work in situations when adult incontinence is at least partially the result of muscle weakness in the pelvic floor and surrounding the urethra—often the case postpregnancy, not often the case with urge incontinence. “Kegel exercises have been shown to be effective in decreasing incontinence in 50% to 90% of women if done properly,” says Dr. Black, whose Kegel prescription isn’t overwhelming: 10 repetitions, holding each squeeze for 5 to 10 seconds, three times each day. Of course, you need to do them correctly. One way you can tell: Your clench should be able to stop your urine flow midstream (just do this once, though—routinely doing Kegels while urinating can cause other issues). You could also try a doctor-recommended virtual instructional course like Hab-It, or—better—consult with a pelvic floor therapist (or physical therapist specializing in women’s health) who will assess your individual situation and guide you in bladder training and doing pelvic floor exercises properly. If you don’t then experience results within six months, you’ll be referred for other treatment options.

There are noninvasive fixes that really work.

It’s true that in some cases, surgery might be the most effective solution for incontinence. However, that’s far from the only clinical treatment available. “Some people think you have to have surgery to fix your incontinence or you just have to live with it,” Dr. Grover says. “This is just not the case at all. There are many noninvasive treatments available and you absolutely don’t need to live with any type of leaking, even if it is only occasional. We’ve come such a long way in treating urinary incontinence.” For urge incontinence, your health care provider may recommend prescription medication, such as an estrogen cream applied directly to the urethral tissue, and/or Botox injections that relax your bladder muscles. For stress urinary incontinence, there are injections that tighten the bladder opening, as well as innovative new “smart Kegel” helpers worth trying, including insertable devices and undergarments that tell you how well you’re doing at Kegel exercises via biofeedback, and the “Kegel throne,” an FDA-approved chair available in clinics and medi spas that uses electromagnetic energy to deliver 11,000 pelvic floor muscle contractions per 28-minute session. Another noninvasive option: a vaginal pessary ring, a small rubber device that’s worn inside the vagina to prop up the bladder to prevent urine leakage. Some health care professionals (ob-gyns and urologists) offer urodynamic testing for high-tech diagnosis, as well as laser treatments that can tighten and strengthen the entire pelvic zone, and another high-tech stress incontinence treatment option is neuromodulation therapy, which delivers electrical nerve stimulation to the bladder control nerves, which regulate its function.

Lifestyle changes can help a lot too.

No, we’re not talking about the lifestyle change of wearing period underwear 24/7 (cute as some of them are) or hoarding incontinence products for all eternity. There are other proactive day-to-day measures that can actually help you “hold it” better over time. “We have found that women who work out, especially those that do Pilates, do not see as many issues with incontinence after pregnancy,” notes Dr. Grover. “And [Kegel exercises] are even better when combined with exercises targeting the core, hips, and glutes.” Other recommendations she gives to people dealing with incontinence: Avoid or limit alcohol, caffeine, and tobacco, all of which exacerbate incontinence. In terms of diet, you can limit irritants like acidic fruits and juices, carbonated beverages, spicy foods, and artificial sweeteners, and eat more fiber to mitigate constipation. (Yes, constipation can also be a culprit.) “The bladder and rectum are in close proximity, and being constipated puts constant pressure on the bladder,” explains Dr. Grover. Finally, use the opposite tactic you do when dealing with a UTI—don’t rush to the toilet the second you feel the urge to pee. “Try to lengthen the time between trips to the toilet by relaxing as much as possible. Take a deep breath and let it out slowly,” Dr. Grover says. Of course, bladder training is a tactic best practiced on a day when your schedule and location are predictable, like a routine day at work—or so the people in those embarrassing adult incontinence commercials would definitely advise.

Petra Guglielmetti is a health, wellness, and beauty journalist who taps into a broad network of doctors, scientists, and medical experts to write in-depth service articles for leading publications like Glamour, Health, Real Simple, and Parents.