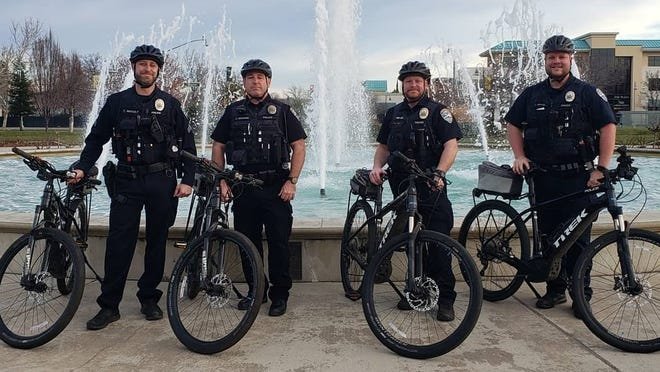 Like many local industries, the criminal justice system has been thoroughly impacted by the COVID-19 pandemic. At various times in 2020, the virus postponed hearings, moved them online or otherwise shuffled the typical proceedings inside the halls of the Shasta County Superior Court.

Despite its irregularities, the year saw developments in some of the more captivating criminal cases: A chiropractor was convicted, a massage therapist was sentenced to a year in jail and an attorney accused of trying to kill his family had a trial date set.

Catch up on those cases and others with our list of seven inquiries that have caught the public eye.

A Redding doctor accused of participating in a Botox scheme that reportedly left three women deformed has been convicted of a misdemeanor. Dr. Larry Pyle entered a no contest plea to the charge that he helped a woman, Susan Tancreto, practice medicine without a valid license or authorization.

Pyle was initially charged with a felony but had it reduced. He was sentenced to one day in jail and ordered to pay $700 in fines, according to court records.

The DA had accused Tancreto of posing as a nurse to give people illegal injections and alleged she did so for nearly two years, ending in late 2015. Women told investigators Tancreto had organized “Botox parties.”

Tancreto’s case continues to play out, as she hasn’t taken a plea deal. She faces a much longer list of 37 criminal charges, including 13 counts of felony battery with serious injury, 19 counts of felony mayhem and two misdemeanor counts of practicing medicine without proper certification.

Tancreto’s next hearing is scheduled for March 4.

More:Redding community gives support to ‘We Not Me’ architect in fight against cancer

A Shasta County chiropractor who told an undercover agent he could treat her cancer symptoms with alternative medicine, according to investigators, has been convicted of a misdemeanor.

In October of 2018, Steven Chester Davis initially faced a felony charge of unauthorized medical practice and misdemeanor charge of being an unlicensed naturopathic doctor. The first charge was later reduced to a misdemeanor, to which Davis pleaded no contest. The second charge was dismissed.

With the reduced charge, Davis was sentenced to one day in jail and $235 in fines, according to computerized court records.

According to investigators, the Palo Cedro chiropractor told a woman posing as a cancer patient not to undergo conventional treatment recommended by her doctor.

A Redding man accused of killing two people, his landlord and his neighbor, remains in jail custody with bail set at $2 million while he waits for a potential trial.

Court records show few developments in the case over the last year, but indicate he was in the hospital from at least late January to early February. Around that time, prosecutors filed a notice that they won’t be seeking the death penalty.

His next hearing is scheduled to take place Feb. 22.

A Redding massage therapist accused in 2019 of sexual assault against a client has now been convicted of felony sexual battery in two separate cases. Police arrested Kris Kubisch, 40, in May 2019 after a woman said Kubisch penetrated her with his finger without permission. The woman said she did not want to relive the incident in court but said she came forward because she feared he might use his position to assault others, according to investigators.

A second case was filed against Kubisch in August 2019, stemming from 2004-2005 when Kubisch worked at Shasta County Juvenile Hall. He met an incarcerated girl and when she was later released, he was accused of penetrating her with his finger while she was under age 16.

“(The accuser) talked about how difficult it was to be victimized by Kubisch and it seemed that none of the staff at juvenile hall or the police department believed her because no charges were filed (at the time),” an investigative report reads.

In the summer of 2020, Kubisch pleaded guilty to two counts of felony sexual battery, one from each case, while the penetration charges were dismissed.

In November, a judge sentenced him to 364 days in jail with three years of formal probation. He was ordered to complete an adult sex offender treatment program and pay over $6,000 in fines.

A Shasta County public defender accused of trying to kill his wife and children with a splitting maul in June 2019 remains in jail custody on $1.5 million bail.

Theodore Loos, 75, reportedly told police that mental health issues and financial worries caused him to “snap.” His children, 10 and 14, were each struck with the maul, according to police. Doctors told police Loos’ wife would have died without medical intervention.

In early 2020, Loos was ordered to stand trial facing 10 felony counts, including three counts of attempted murder, three counts of assault with a deadly weapon and two of child abuse. About six months later, Loos’ attorney, Michael Borges, requested the trial be moved back so that prospective jurors would not be masked, according to court records.

A tentative trial date is set for July 20 and the trial is estimated to take eight weeks, according to court records. It’s not clear whether Loos is still employed by the county, workers from its personnel office said they could not provide that information.

A man accused of killing a 20-year-old woman and leaving her body near a Redding skate rink remains in jail with bail set at $2.01 million. Jerome Dzwonek, 22, was arrested in October 2019 about two days after police found the body of Larissa Cole with possible strangulation marks.

Dzwonek later told investigators he choked Cole with the cord from her cellphone charger, according to police.

Along with a murder charge, Dzwonek faces charges of sexual battery, unlawful sexual intercourse with a minor and 11 counts of using a concealed camera to secretly record. The latter charges were added in summer 2020, around when Dzwonek was ordered to stand trial.

In September 2020, prosecutors said they do not plan to seek the death penalty. They offered life without parole, according to court records. Dzwonek’s next appearance is a settlement conference on March 22. If no deal is made, a current trial date is set tentatively for August 3.

A high school wrestling coach accused of giving girls unwanted massages, exchanging nude photos and having unlawful sex with a minor on school grounds remains in jail with bail set at $1 million.

Stephen Reed, who coached for Central Valley High School, is facing allegations from four girls ranging from 15 to 17 at the time of the incidents, which took place between November 2018 and March 2019, according to court records.

Reed, who has been in custody since February 2020, was ordered to stand trial on 13 of 15 criminal counts at a summer 2020 hearing. The 28-year-old has a settlement conference scheduled for May 10 with a jury trial tentatively set for June 15.

For subscribers:Man arrested, accused of attempting to stab family member

Matt Brannon covers politics, the criminal justice system and breaking news for the Record Searchlight. Follow him on Twitter @MattBrannon_RS. Support local coverage and keep up with the North State for as little as $1 a month. Subscribe today.