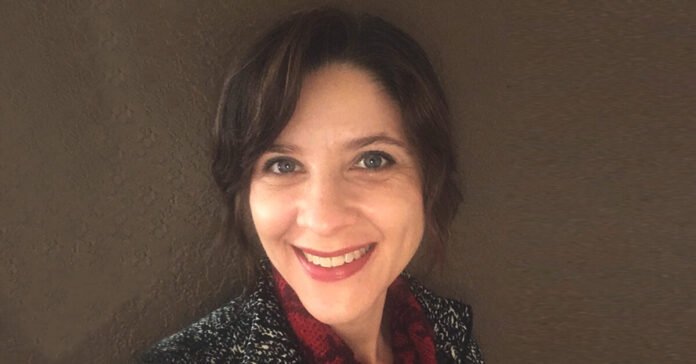 Being anti-Botox is easy in your 20s, but that could also lead to misinformation.

I always said I wouldn’t get Botox. The procedure seemed vain and invasive — and seriously? Deadly botulism toxin injected in your face?

Though cosmetic Botox has been approved by the Food and Drug Administration since 2002, it can sound pretty extreme. But anti-Botox opinions are easy to tout when you’re the 22-year-old owner of baby-smooth skin.

Rounding the bend on the second half of my 30s, I’ve gradually changed my tune. I’m currently on my first round of cosmetic Botox.

It’s not that I don’t want to age, or appear the age I am. I’ve actually enjoyed many things about the physical process of getting older. I don’t suffer from debilitating menstrual cramps anymore, I don’t break out with embarrassing Mount Vesuvius–level zits, and I even kind of dig the strands of silver coming in at my temples.

But lately, every time I’d see a picture of myself, I couldn’t help noticing the “elevens” entrenched between my brows. This tiny picket fence indented on my face made me look angry — a lot angrier than I actually feel most of the time. I didn’t love the idea that I might come across as frustrated or irritated when I’m really not.

Knowing that a few shots of Botox could help with this issue, I decided it might be worth a try.

I use makeup every day to enhance my appearance. Is there really such a difference between that and the temporary aesthetic boost of Botox?

And now that I’ve done it, I’ve been pleased overall with my experience. However, there are things I was definitely in the dark about prior to my first appointment.

If you’re contemplating Botox, here are some things to consider:

Since Botox is, of course, a treatment for wrinkles and fine lines, I initially figured a few injections would pull these unwanted imperfections right off my face.

But as it turns out, for most patients, Botox is more preventative than restorative. Its active ingredient “freezes” facial muscles to keep you from contracting them in ways that deepen lines and wrinkles.

“Any line that is present at rest, whether it is an etched in frown line, or a deep wrinkle, is not going to disappear with Botox. Botox is not an iron,” says medical, cosmetic, and surgical dermatologist Dr. Estee Williams, MD.

Therefore, the earlier you get Botox, the more preventative its effects — hence the trend of getting Botox as early as your 20s.

With my limited knowledge of Botox, I assumed its miraculous effects would last indefinitely. But this simply isn’t true.

“The average duration for Botox for glabella [the lines between the brows], forehead, and lateral crows’ feet is approximately three to four months,” says Dr. Williams. And there are certain factors that may make Botox fade faster.

“Patients who exercise a lot or who are very expressive may feel that the Botox lasts closer to three months,” she says.

Not unlike my approach to my first childbirth, I arrived at my Botox appointment with a dim notion that it might be painful, and a needle would probably be involved.

While experiences vary, I found the multiple injections to be significantly more intense than the “mosquito bite” pinprick I expected. Despite the ice pack applied to my head, I felt pain for at least half an hour after my injections.

I was also unprepared for the sound the syringe made as it plugged its contents into my skin: like crunching boots on snow or the signature crack of bending a glow stick. (Not a sound you normally want applied to your head.) Thankfully, however, this disturbing auditory aspect lasted just a few seconds.

I wasn’t planning to run a marathon on the Thursday afternoon after my dermatologist appointment, but I do wish I’d known that certain activities are not recommended immediately after Botox.

My doctor instructed that, for the next six hours, I was not to exercise, lie down, or take Ibuprofen (or any other blood-thinning medications), which could increase bruising at the injection sites.

Dr. Williams confirms these guidelines, and adds, “Immediately after your Botox injections, keep your head level and do not bend your head forward for two hours. No heavy exercise until the next day.”

Judging from the flat foreheads of most Hollywood A-listers, Botox is a given among celebrities. While weighing the decision whether to get it myself, I tried casually bringing it up in conversation in my own social circle.

In doing so, I was surprised to learn how many of my friends and acquaintances had already had it. Apparently (at least in my age and financial bracket) it’s really not that uncommon.

Though Botox injections are certainly costly, they’re nowhere near the pricing realm of plastic surgery or even injectable fillers like Juvederm or Restylane.

At around $10 to $15 per unit, you can expect to pay between $200 and $300 for the 8 to 20 units of an average forehead treatment. I paid $260 for the injections to my forehead and between my brows. Expensive, yes, but not Oscars-red-carpet expensive.

Because of my previously held opinions about Botox, a part of me felt that to try it would mean selling out on my principles. Plus, as a deeply religious person, I’ve always subscribed to the belief that vanity is a sin.

But I’ve come to believe that the desire to look attractive (or at least not look angry) is natural and good. If I could prevent myself from frowning on my own power, I would do so! It doesn’t bother me to use a little medical help to get there.

If there’s one thing everyone seems to fear about Botox, it’s looking like an expressionless robot. Isn’t it freaky not to be able to move certain parts of your face?

In my experience, no.

The inability to knit my brows together when my husband makes a snarky comment or my kids grind couscous into the carpet has actually been a kind of relief.

The faces we make carry emotional weight. You’ve probably heard that simply smiling more can make you feel happier — and it turns out that not frowning can have the same effect.

A 2009 in the Journal of Cosmetic Dermatology found that when people had Botox that prevented frowning, they had reduced negative mood.

These days, when I catch a glimpse of myself in the mirror, I see I look happier than I used to. If I look this way to myself, I imagine I look this way my family and friends, too. That’s enough for me to say I’m happy with Botox.

Sarah Garone, NDTR, is a nutritionist, freelance health writer, and food blogger. She lives with her husband and three children in Mesa, Arizona. Find her sharing down-to-earth health and nutrition info and (mostly) healthy recipes at A Love Letter to Food.