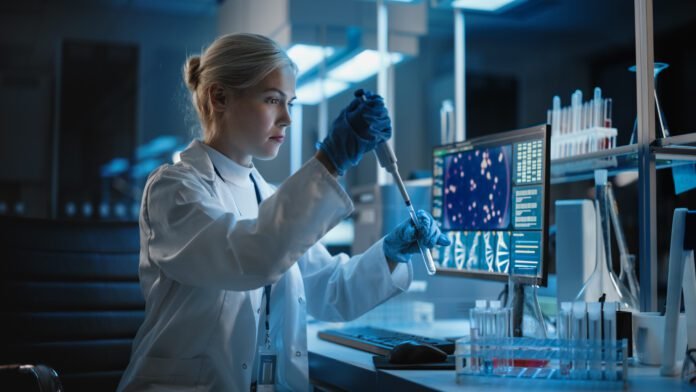 2023 is expected to be an important year for AbbVie (ABBV -0.58%). The pharmaceutical company is facing its first biosimilar competition in the United States. It’s big news because it involves AbbVie’s monoclonal antibody blockbuster therapy, Humira, which is on track to generate a second consecutive year of $20 billion-plus in revenue in 2022. Amgen is expected to launch Amjevita on Jan. 31, with several other Humira biosimilars expected to launch later this year from various pharmaceutical companies.

Investors have been aware of the launch for some time and reaction has been mixed, with the stock down 8.6% since the start of the year. As they process what to do about the stock, here are three reasons why AbbVie is still a buy and two reasons why it may not be.

Reason to buy: Declining Humira sales have already been priced into the stock

The stock did well in what was a down year for many pharmaceutical companies, and it is up more than 13% over the past year. However, when you look at the company’s price-to-earnings ratio of 20 and forward P/E of 13, it still appears to be trading at a slight discount to the pharmaceutical industry’s P/E and forward P/E averages of 27 and 14, respectively.

The impact of declining Humira sales, despite the growing number of biosimilars, isn’t likely to be that swift, either. The drug has faced biosimilar competition in Europe since 2018 and yet last year, its overseas sales were down only 9.1% from 2020. While Amjevita is launching soon, many other biosimilars aren’t expected to launch in the U.S. until sometime in the second quarter. That could explain why AbbVie was willing to actually increase the price of Humira this year by 8%.

Cigna and UnitedHealth Group, two of the largest pharmacy-benefit managers in the U.S., said they plan to keep covering Humira even as they make its biosimilars available.

Humira already has two immunology drugs, Skyrizi and Rinvoq, that it expects to replace Humira’s lost revenue. These blockbuster immunology treatments have been steadily adding new indications and revenue. Through the first nine months of 2022, Skyrizi’s revenue of $3.6 billion was up 75% year over year, and Rinvoq’s nine-month revenue of $1.8 billion was up 55% over the same period in 2021. The company predicts the two will combine for $17.5 billion in revenue by 2025, and more than $21 billion by 2027.

AbbVie has a huge portfolio with 83 programs, including 18 phase 3 trials and 21 phase 2 trials. If just a fraction of those therapies are approved by the Food and Drug Administration (FDA), the company will have plenty of new revenue in the coming years.

Reason to buy: AbbVie’s dividend is too good to ignore

AbbVie raised its quarterly dividend by 5% this year to $1.48 per share, the 51st consecutive year the Dividend King has raised its dividend (when counting its time as part of Abbott Laboratories). Since AbbVie split off from Abbott in 2013, it has increased its dividend by 270%. At its current price, the yield is just under 4%; that’s more than double the S&P 500 average of 1.74%. And with only a 44% cash dividend payout ratio, the company can afford to continue its increases.

Reason to sell: Imbruvica’s sales are coming under attack

Imbruvica is a BTK (Bruton’s tyrosine kinase) inhibitor therapy on which AbbVie has partnered with Johnson & Johnson. In 2021, the drug was AbbVie’s No. 2 best-selling therapy, after Humira, at $5.4 billion in revenue. Nine months into 2022, the drug’s revenue was faltering, with $3.45 billion in nine-month sales, down 14% year over year.

That’s likely to get worse, as two other BTK inhibitors are making inroads on Imbruvica’s indications. Calquence, made by AstraZeneca, saw its nine-month sales grow by 74% year over year, to $1.4 billion. Brukinsa, made by Chinese pharmaceutical company BeiGene and already approved to treat mantle cell lymphoma, relapsed or refractory marginal zone lymphoma, and Waldenström’s macroglobulinemia, was just approved on Jan. 19 as a therapy for chronic lymphocytic lymphoma (CLL). Brukinsa’s nine-month sales of $1.3 million are up 198% over the same period last year.

Reason to sell: Botox is about to face more competition

Botox, despite losing some of its patent exclusivity starting in 2013, continues to do well for AbbVie. Through the first nine months of 2022, the company reported $1.99 billion in sales of Botox Therapeutic, up 11.9% year over year, while Botox Cosmetic had sales of $1.97 billion, up 22.8% year over year.

Botox is the first type of botulinum toxin type A to be approved by the FDA, in 2002. Others have come along, but Jeuveau, made by Evolus, was first approved by the FDA in 2019; it’s the first Botox competitor to come along with the same molecular weight, and the company claims it is the closest to Botox in terms of effectiveness and has shown a slightly superior safety profile. Evolus said it expected to bring in $148.6 million in 2022 revenue, all from sales of Juveau, up 49% over 2021. By 2028, the company said it expects $500 million in revenue from Juveau.

Botox is also just starting to see competition from another wrinkle therapy, Daxxify, which was approved by the FDA in September. Revance Therapeutics said in a preliminary report that it expected between $10.5 million and $11.5 million in revenue from the therapy in the fourth quarter, the first quarter since its launch.