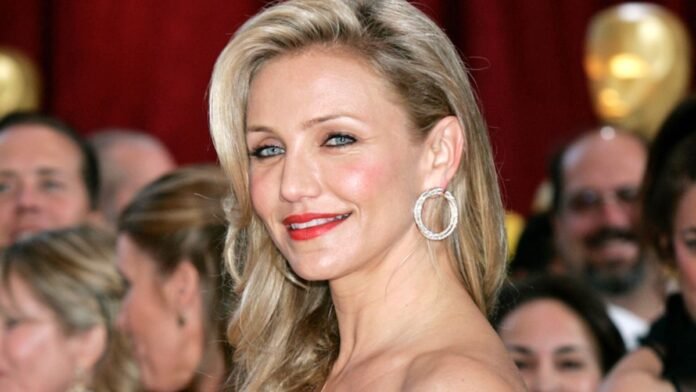 Cameron Michelle Diaz, a former American actress and model, was born on August 30, 1972. She had a 20-year film career and was a well-known and prosperous actress of her era. Diaz was named the highest-paid Hollywood actress over 40 in 2013. She has received various accolades, including a star on the Hollywood Walk of Fame, nominations for four Golden Globe Awards, a BAFTA Award, three Screen Actors Guild Awards, and four Golden Globe Awards.

Cameron Diaz was born in San Diego, California, to Emilio Luis Diaz, an oil field gauger, and Billie Joann Diaz, an import-export agent. At 16, she began her modelling career, and soon after that, she signed a contract with “Elite Model Management.” When she was 19 years old, she made her acting debut in the 30-minute, the gentle adult film “She’s No Angel.” She received a Golden Globe nomination for her role as Jim Carrey’s co-star in the critically acclaimed superhero fantasy film “The Mask” in 1994.

She starred in “The Mask,” a film nominated for an Academy Award with a staggering $350 million global box office revenue. It was the second-highest-grossing superhero film of the year. She was a part of the $299.99 million international box office sensation “My Best Friend’s Wedding.”

She received an ALMA award in 1998 for “Outstanding Individual Performance in a Crossover Role in a Feature Film” for her role in “My Best Friend’s Wedding.” For the film “There’s Something About Mary,” she received the 1999 American Comedy Award for “Funniest Actress in a Motion Picture.” In 2009, she received a star at 6712 Hollywood Boulevard on the “Walk of Fame.” From 1990 to 1994, she shared a home with Carlos de la Torre, a video producer. While dating stars Jared Leto, Matt Dillion, and Vincent D’Onofrio, she dated Justin Timberlake for three years.

She admitted that she had once purchased marijuana from Snoop Dogg, with whom she had attended high school. In an interview she conducted in 2011 for George Lopez’s TBS talk show, “Lopez Tonight,” Diaz mentioned going to Long Beach Polytechnic High School with the rapper. Our school had over 3,500 students, yet she remembered one in particular. He was tall and lean, and his hair was regularly pulled back into ponytails. “I’m fairly certain that I bought marijuana from him.

When she was 17, she was featured on the cover of Seventeen magazine. Diaz secured the front cover of the teen publication in 1990. She talked about her desired job, which wasn’t acting, even in her cover story. “I’ll probably keep modelling until I’m old and grey. My long-term objective is to work as a zoologist, I declared. “Perhaps on an African lion study safari.”

Diaz Speaks Out Against Hollywood Ageism and Refuses Botox. In a 2014 interview with “ET,” she stated that she had previously received botox injections but wasn’t satisfied with the results.